Works Of Art & Wars Of Attrition

If you have spent any time on this page, or if you are a tennis friend of mine, you know that in recent years I have bemoaned the fact that modern men’s tennis had become characterized by wars of attrition.

By that I mean long matches, played exclusively from the baseline by two players with similar styles, with the result hinging more on physical fitness than racket skill.  Back in 2012, Novak Djokovic and Rafael Nadal — the two men who, along with Andy Murray, most epitomize the war of attrition approach to tennis — played a six hour final in the Australian Open.  Djokovic won that particular match in a spectacle that tested the endurance of player and fan alike.  The more your shoes squeak, the more you grunt, the more you run, the more you win.  Here they are at the conclusion of that match: 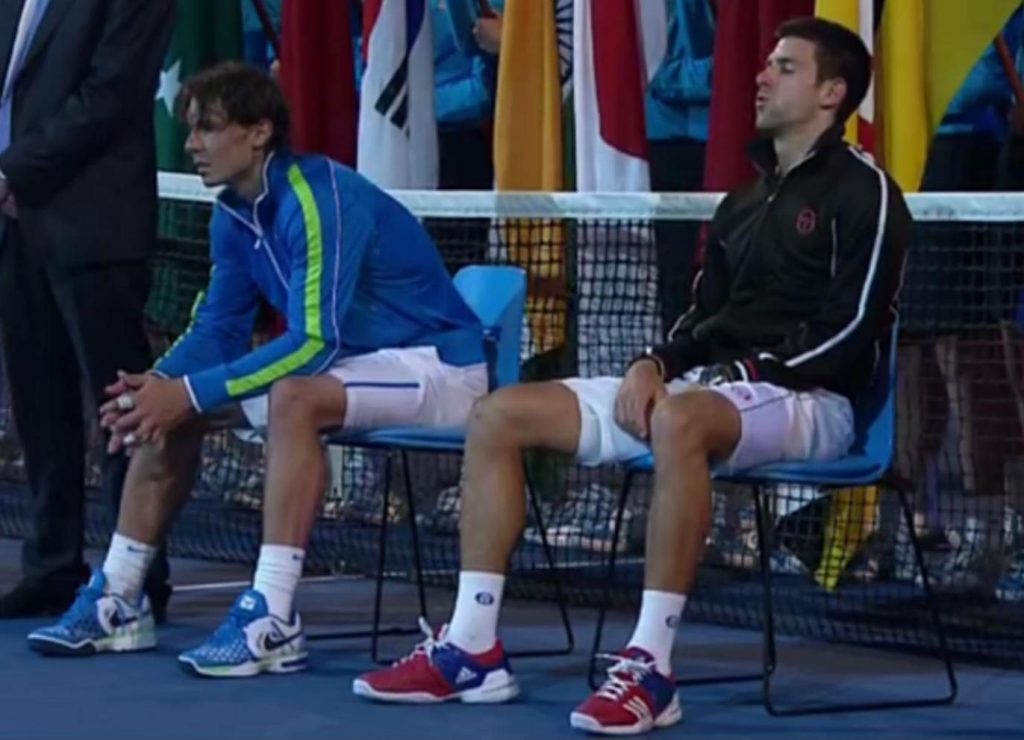 The strategy, then, is to prolong the points and exhaust the opponent.

Of course, much of my moaning in recent years had been around the fact that those wars of attrition guys seemed to be surpassing tennis’ ultimate work of art, Roger Federer.  Federer’s game is simultaneously throwback and modern, as he hits the ball as hard or harder than Djokovic, Nadal, and Murray, but does so in a style that appears effortless.  He glides more than he grunts, and his shoes whisper more than they squeak.

His strategy is to shorten the points and overwhelm the opponent.

When he wins, it’s a work of art, full of jaw dropping “did he just do that?” moments.

Yet an interesting thing happened on the way to the seemingly inevitable takeover of the war of attrition style of modern tennis.  Federer has had the most improbable late career resurgence, with three major titles in the last twelve months, and his three main rivals have often disappeared.

Last week’s Australian Open is a case in point.  While Federer was beating Marin Cilic in the finals for his sixth AO title and 20th Grand Slam victory overall, where were the “war” guys?  Andy Murray?  Withdrew before the event began due to hip surgery.  Rafael Nadal?  Had to retire in the quarterfinals with a hip injury.  Novak Djokovic?  Lost in the 4th round, his oft-injured elbow in a protective sleeve and his game a shell of its former self.  All three, it seems, done in by long term damage their playing style does to their own bodies. 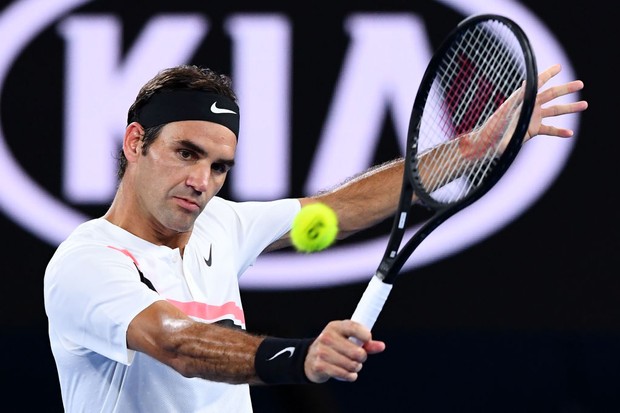 Federer is the last one standing, his limbs seemingly impervious to injury, his approach to the game ensuring the longevity of his body.

By making tennis into a work of art, Roger Federer has emerged as the winner in a war of attrition.