Several of us on staff at Good Shepherd received this email from a mom last week:

[My 12 year old son] was sharing a story with me today on the way to school. He said some of his friends were talking about Jesus and one of the girls at the table revealed that she was an atheist. She said that “one time” she was a Christian but that she’s not anymore that “she doesn’t believe that stuff.” [My son] commented to me that he believed that she might’ve known about Christianity, but it was obvious that she had never had a living relationship with Jesus Christ. He went on to that the “living relationship” is what makes you have faith and helps you to believe. “It’s the living relationship that’s important.”

I am so thankful that he knows this language and that he knows it well enough to live it and explain it … I’m thankful for the consistency, for the repetitive teaching and language.   I am grateful to be part of a body that holds the important things up and has taken time and paid attention to communicate effectively even to the youngest disciples.

Thank you all for what you do from the top down.  The language and teaching flows down even into his student small group.  My son would never know these things (this phrase or the importance of it) without each of you. 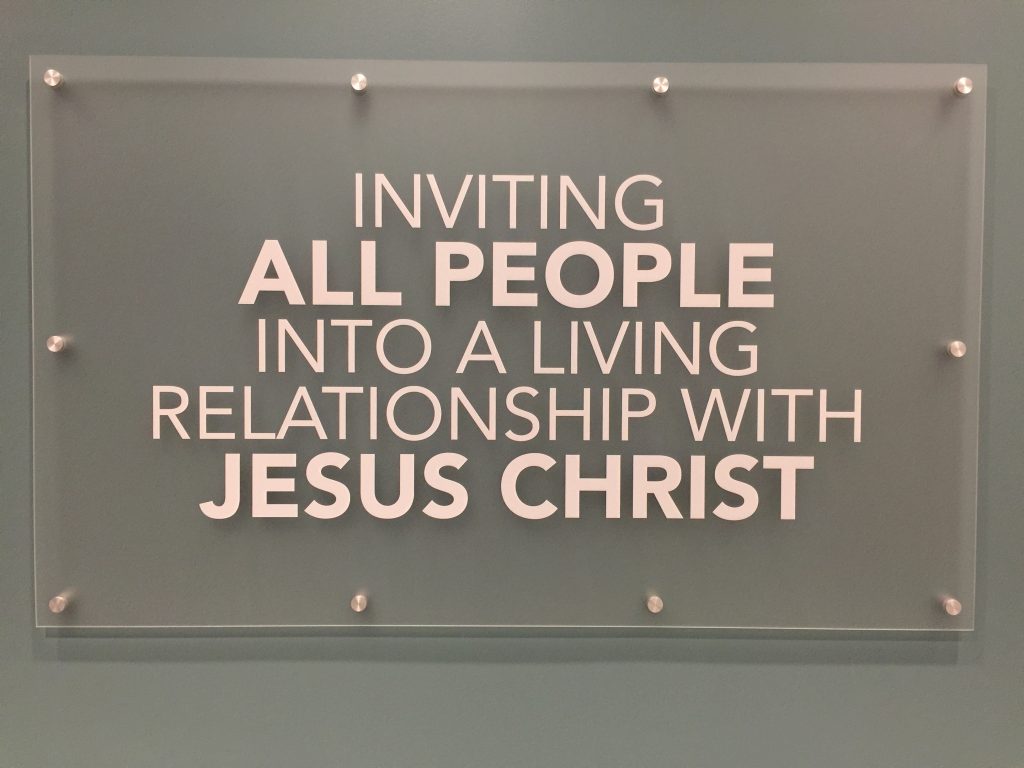 That’s how you know ministry is worth it.

That’s how you know the truth of “when you get tired of saying it is just when they’ll start getting it.”

Inviting all people into a living relationship with Jesus Christ.