Why Church Is More Funeral Home Than Chiropractic Office

Most of us view church as analogous to a weekly trip to the chiropractor.

What happens in a chiropractor’s office?

The patient assumes the ready position, the doctor places his or her hands in just the right place, and WHOOSH!  A quick movement, a sharp sensation, and then, hopefully, a season of relief. And what do we call all that? 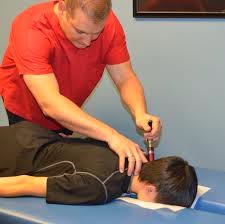 According to chiropractic thought, the human body has healing power within itself, and an adjustment is all that’s needed to release the goodness already present inside the patient.

A lot of folks view their faith and their church experience through those same kinds of lenses: we’re basically good, basically on target, and if some songs and a sermon will keep us a quick movement, a sharp sensation, then we’ll be ready for a week of relief.

Too bad that kind of thinking is alien to the New Testament.

In the New Testament, church and faith operate much more like funeral homes than chiropractic offices.

What happens in funeral homes?  Well, frankly, bodies are prepared for burial.  There is death to what is old in preparation for life in an entirely different form. 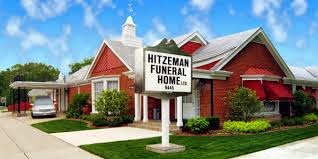 That’s what Jesus brings to us in the here and now.  Look at the way Paul describes baptism in Romans 6:3-5:

3 Or don’t you know that all of us who were baptized into Christ Jesus were baptized into his death? 4 We were therefore buried with him through baptism into death in order that, just as Christ was raised from the dead through the glory of the Father, we too may live a new life.

United in death so we can be united in resurrection.  That’s not mere adjustment; it’s is instead a radical rupture with what is old so there can be enthusiastic embrace of what is new.

Which is no doubt why Paul later in Romans gives this charge:

Therefore, I urge you, brothers and sisters, in view of God’s mercy, to offer your bodies as a living sacrifice, holy and pleasing to God—this is your true and proper worship.

Many of us have read Romans 12:1 so often that we fail to grasp the nature of a living sacrifice.  The language there is shocking, because a living sacrifice is literally a dead thing that lives.  Paul is saying:  “Now that Jesus owns you, I wants you to walk around planet earth as the living dead.”  Not a zombie movie; a gospel truth.

As it to remove all doubt, Paul gives this testimony in Galatians 2:20:

20 I have been crucified with Christ and I no longer live, but Christ lives in me. The life I now live in the body, I live by faith in the Son of God, who loved me and gave himself for me.

New Testament faith, then, isn’t a weekly adjustment that brings personal improvement to folks who are already “pretty good.”

It is instead an ongoing crucifixion to self that empowers eternal resurrection with Christ.