Who Is The Guy With The John Wesley Bobblehead?

This rather improbable picture was taken at the United Methodist Publishing House in Nashville. 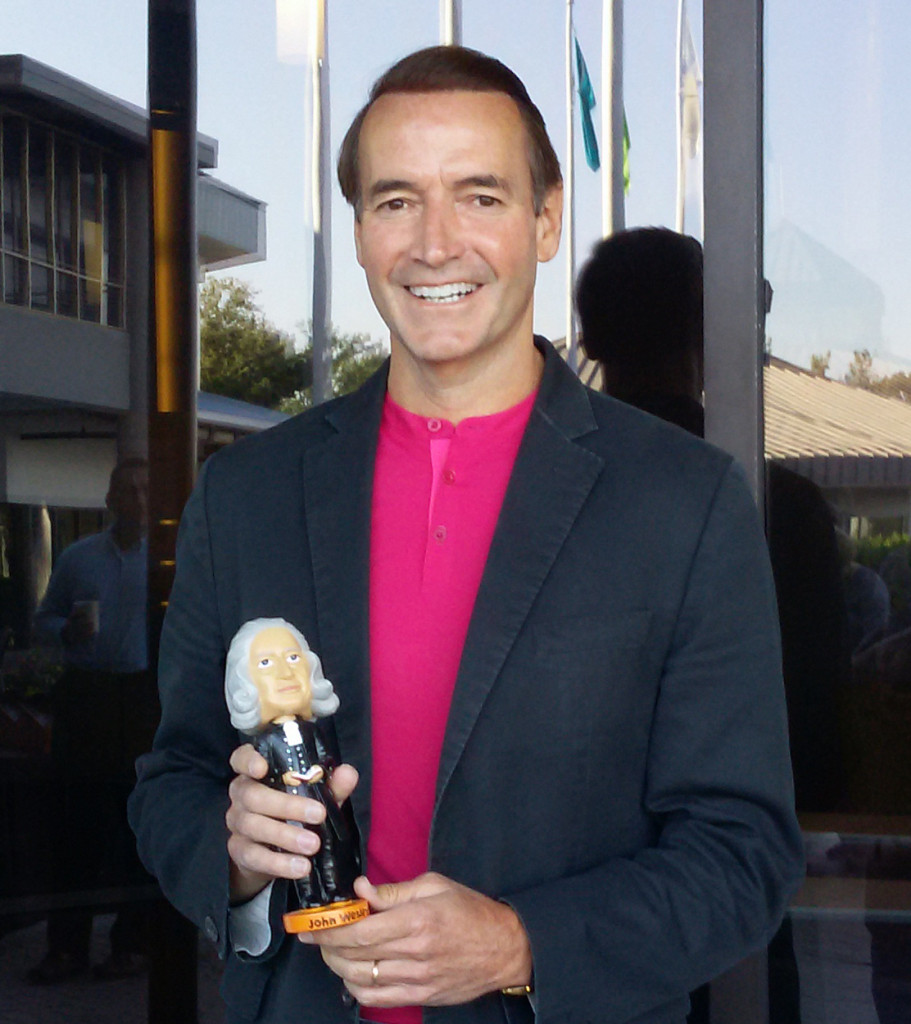 As I mentioned in Tuesday’s post, I spent several days last week in Middle Tennessee at the New Room Conference.  While there, I wanted to visit with the people who have been the impetus behind Head Scratchers, The Shadow Of A Doubt, and The Storm Before The Calm.

So I was able to meet some people in person whom I had previously only known through email, Twitter, and telephone.   The staffs of Abingdon & Cokesbury arranged a reception, asked me to talk about the different sermon series that have become books (and how it was that Abingdon heard about them in the first place), gave me a tour of their new digs, talked about future projects (wha-what?), and as you can see took the traditional “guest-with-a-John-Wesley” photograph for posterity.

Looking forward to a return visit.