What I’m Praying This Week 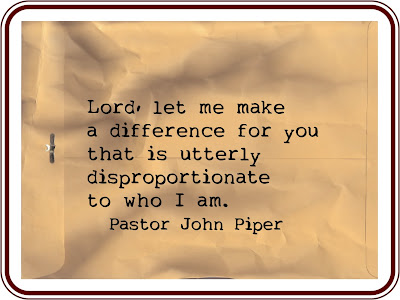 I’ve loved this prayer ever since I first saw it in preparing for the Top Secret series. In fact, I was so fond of it that we handed it out at the conclusion of the Secret Dreams service the other Sunday.

The prayer comes from John Piper, a well-known and strongly Calvinist pastor out of Minnesota. It’s one of those prayers that makes me wish I had the facility with language to have penned it first.

There have been those rare occasions in my life — and probably in yours as well — when people have thanked me for the influence I have had on them. And that influence and impact is so much greater than my character, skill, or ability.

That’s how you know it’s God.

I’ll be praying this prayer this week. Will you join me?