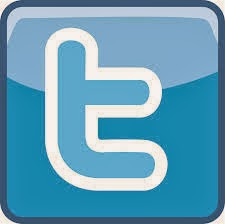 I’m still a neophyte at all this.  I don’t follow that many people nor do I have a lot of followers.  Most of my contacts on Twitter appear to be fellow United Methodist pastors.

Along with my recent foray into Facebook, where my network is primarily people from the extended Good Shepherd family (www.facebook.com/talbotdavis), it’s part of my attempt to be able to have a voice in those arenas where people do most of their talking nowadays.

So I thought I’d summarize some of my learnings after a couple of months in the Twitterverse:

3. I’ve learned how to have a brush with fame — and by fame, I mean of the tennis world variety.  Earlier this week, I started to follow Brad Gilbert (@bgtennisnation).  Who is he?  Brad Gilbert is a former pro tennis player who in 1987 rose to #4 in the world.  After his playing career was over, he went on to greater fame as Andre Agassi’s coach, guiding him to seven of the eight Major Titles he won in his career.  Today, Gilbert is an ever-present and thoroughly likeable tennis commentator for ESPN. 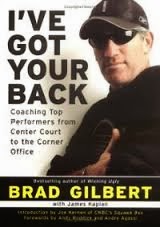 Why that background?  Because the irony is that in 1979, when I was 17 and Gilbert was 18, I was ranked ahead of him in the national boys’ 18-and-under.  I was #23 in the country that year and he was #38.  Yikes! Of course, within a year or two he had far, far surpassed me and by the time he was #4 in the world for men and not for boys, I was knee-deep in Asbury Seminary.

How does that fit into Twitter?  When I followed him this week (he has over 70,000), I tweeted out and directly to him that I was now a follower and marveled about those 1979 US rankings.  Within a few minutes he tweeted back, “I remember your game back in the day.”  And I immediately forwarded that tweet to a college tennis friend of mine (for whom, like me, pro tennis was more of an aspiration than a destination):  “Kenny, I WON THE INTERNET TODAY.”  Small victory in your world; big one in mine.

4.  I’ve learned that tweeting out a line from a sermon or a blog can offer encouragement to people in the Twitterverse.  For example, earlier this week it was the sermon’s bottom line:  When you are honest about where you are, Jesus is faithful to show who he is.  Yesterday, it was from a blog I wrote in July:  People don’t rally around a result, like diversity.  They rally around a cause, like a Savior.  In both cases, the reaction was immediate and positive.

5. I’ve also learned how to make some Twitter frenemies.  Some of my fellow UM pastors cheer on my perspectives, others object to them, and still others both cheer and object.

6. I’ve learned that I have an insufferable need to have the last word.  That’s the way Twitter is designed — short, snappy, comments that trump the comment just before.  In other words, it’s the antithesis of healthy theological debate.  And in a way I would never do in person — where I guard my words so carefully — I find myself jumping right in to the Twitter-Theology-Fray.  For better and for worse. To the extent that on Tuesday — before #SnowMageddon2 — I tweeted out:  That frustrated feeling when my insatiable desire to have the last word in Twitterverse trumps my need to work in the real world.

So what’s the overall impact of this new-to-me social media tool?

Like much of life, genuinely interesting and ultimately ambiguous.