In honor of this year’s US Open, which began yesterday and runs through September 10, I want to devote this space to something quite near to the heart of every serious tennis player:  the art of throwing (or simply abusing) a tennis racket.

It’s an art with which I am well-acquainted.  It started with a tantrum when I was 10 & lost to Brad Stoffel — a tantrum that cost my dear Jack Kramer autograph its life and motivated my father to suggest I play with metal rackets for awhile. It culminated (at least, so far) with a quick but deadly (to my Rossignol F100) throw as a college senior after I lost a match to a player from Clemson (!).

Here they are, five places where art meets destruction and tennis players throw their rackets:

5. The Long Toss.  This is actually the least destructive.  If tossed correctly, the racket will land flat, doing no damage to the precious oval head that contains the strings.  John Newcombe, who won Wimbledon three times and the US Open twice, here gives a lovely example of a Long Toss — in a US Open match in which he lost in the first round as the #1 seed, to Czech Jan Kodes. 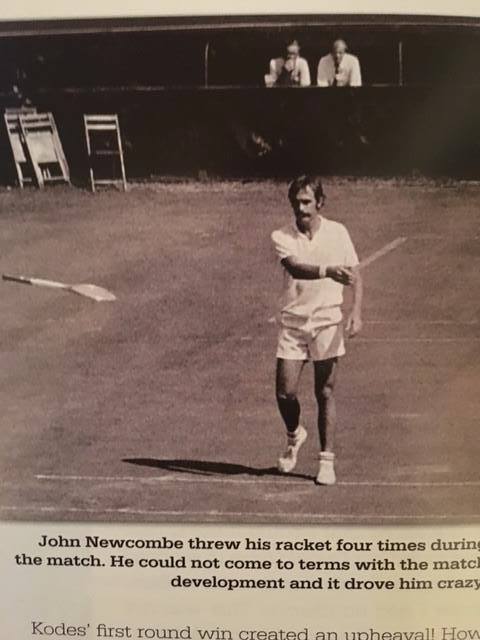 Be careful of the Long Toss, however.  One of my Princeton teammates tossed his racket “so long” in practice one day that it ended up in the tree adjacent to our courts.

4.  The Perpendicular Pop.  This is the easiest, the most spontaneous, and, in the days of wood frames, the most unintentionally deadly.  I well remember using a Jack Kramer Autograph to win the match of my life and the Texas State Championships when I was 17, and then three days later while practicing did what I thought was a light Perpendicular Pop only to check my racket and see that it was cracked.  “I just needlessly broke the racket I used to play my best match ever,” I remember thinking.  Maybe that’s why I never played quite that well again?

Here Canadian pro Eugenie Bouchard demonstrates the technique for the modern Perpendicular Pop.  The key is to keep the side of the frame at right angle with your hand and thus in direct contact with the court. 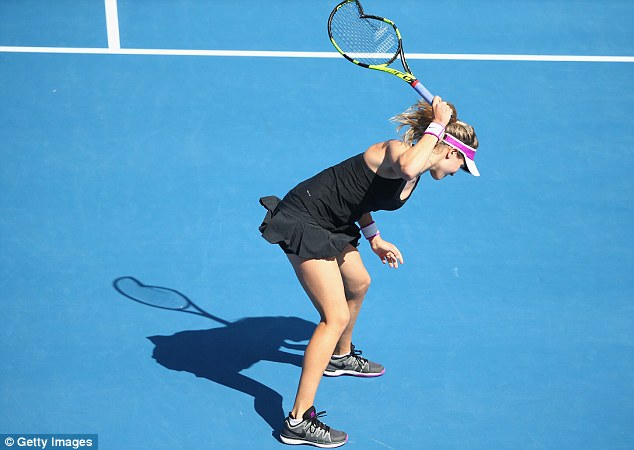 3. The Full Frustration Whomp.  Here, the intent is to break the racket.  No subtlety, no accident, just full fury channeled into a full speed smackdown.  Russian star Marat Safin was one of the best — and has the caption to prove it. 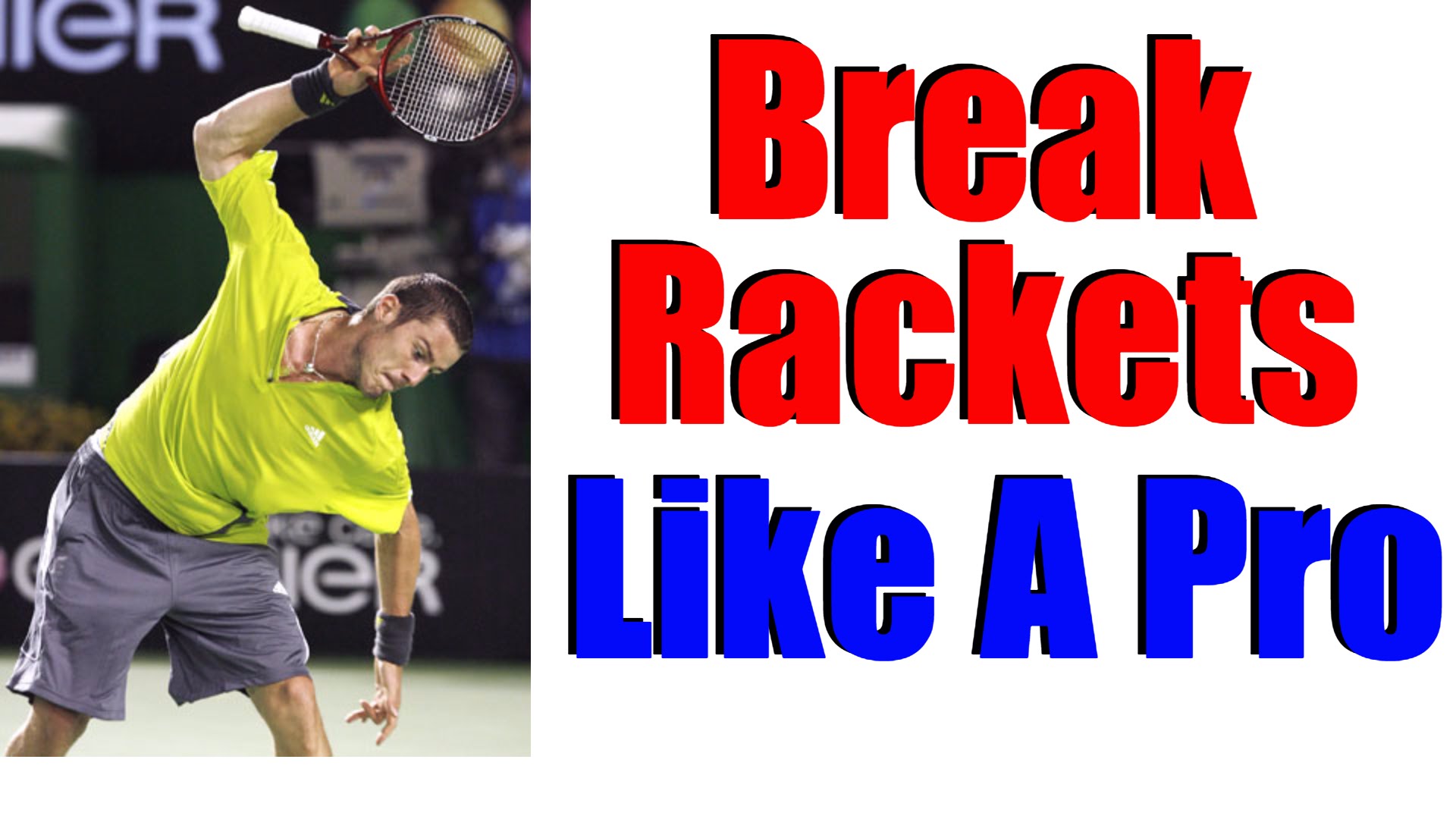 2. The Foot / Leg Stomp.  This is a recent addition to the gallery of racket abuse.  Back in the day of wooden frames, you didn’t need to use your foot for leverage in ruining a racket.  Now, with high tech blends, you need a bit more muscle and at least one more appendage.  Watch this video all the way to the end to see Stan Wawrinka’s shin get into the action.

1.The Multi-Racket Obliteration.  Really, why stop at just one?  Marcos Baghdatis shows how it’s done in this epic clip from the 2012 Australian Open.

I must mention one other:  the post match celebratory toss.  This works best when you win, preferably something significant.  I remember when my late, great Princeton teammate Ted Farnsworth won the National Collegiate Indoor Championships, he heaved his Kneissl racket from one end of Jadwin Gym to the other.  Here’s a picture of Ted’s power backhand, which was ahead of its time in terms of spin, speed, and precision.  I think of Ted every time I watch the aforementioned Stan Wawrinka play. 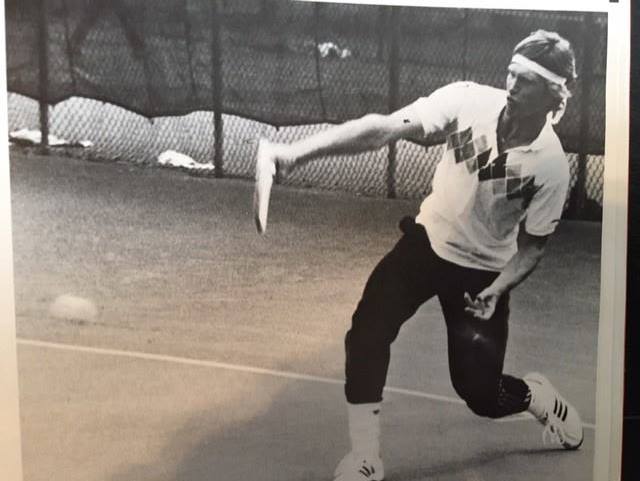