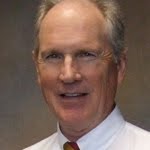 A few weeks ago, I spent two-and-a-half days with a group of United Methodist pastors sitting under the teaching of Robert Tuttle, a retired professor from, among other places, Asbury Seminary.

Tuttle’s time in Wilmore came after I was a student there, so this was my first encounter with him.

Tuttle is something of a theological Renaissance man, having been everywhere, done everything, and known everyone. In addition to Asbury, he’s had teaching stints at Fuller, Garrett-Evangelical, and Oral Roberts.

Since I love order and predictability, I was initially put off by his stream-of-consciousness presentation. Yet slowly over the two-and-a-half days, the tide turned.

Eventually I realized, “Man, there is gold coming out of this guy’s mouth and I better start mining it!”

So I did, keeping my ears open for his one-liners. Here are his five best. Actually, seven:

1. “The purpose of therapy is to turn the volume on your personal history tapes low enough so you can hear the voice of God.”

2. “Jesus’ suffering begins in the manger, not on the cross.”

3. “The fact that the Lamb was slain before the foundation of the world means that God loved you long before he made you.”

4. “Ecclesiastes is a tired old man. The Song of Solomon is a [lustful] young man.”

5. “Can you sin away everything that’s good inside you so that there’s nothing left to respond to God? That’s what happened to the Canaanites.”

7. “Once, I was so mad at God I wanted to slap Oral Roberts to see if He would get the message.”