I had another Top Five Tuesday planned.

But then Monday happened and Tom Petty died.

I admit that early on Tom Petty took some getting used to.

Then, the hair. How’s it still there?

And finally, the genre. Is he new wave? Pseudo punk? Classic rock? Alternative? All of the above? 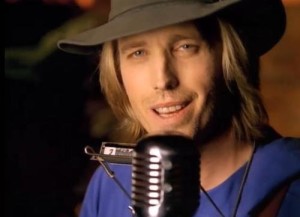 Yet through it all, I’ve come to appreciate his wry humor, distinctive sound, and the Heartbreakers band that surrounds him. Little known fact: Mike Campbell, who is the lead guitarist for the Heartbreakers, wrote the music for “The Boys Of Summer,” the Don Henley song that is my favorite of all time.

So here are my top five Tom Petty tunes:

4. Listen To Her Heart. Musically, see above. Lyrically it gives terrible advice for lasting marriages but great advice for rock & roll relationships: “she’s gonna listen to heart; it’s gonna tell her what to do; she might need a lot of loving but she don’t need you.”

3. For All The Wrong Reasons. The little known track from 1991’s “Into The Great Wide Open” combines ringing guitar with spot on cultural observations. Should have been a hit but I guess the A&R man said he didn’t hear a single.

2. Learning To Fly. What a terrific song from beginning to end.  This life version is especially lovely.

1. Free Fallin’. Is it still a great song even without that great video? Yes. But the video sure doesn’t hurt. It almost made me want to take up skate boarding. Almost.