I spent much of last week at the 2014 Western North Carolina Annual Conference Meeting of the United Methodist Church in scenic Lake Junaluska, NC. 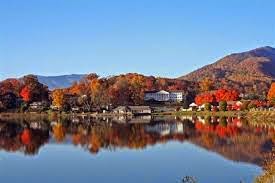 It’s a yearly event — think maybe that’s why they call it the Annual Conference? — that gathers about 2000 preachers and lay people from the 1100 churches across the western portion of our state for three days of worship, friendship, and one-upmanship (actually, I wanted say “debate” but needed to keep the “ship” motif working).

I’ve been going to Lake Junaluska every June since 1989 and I always love the trip and the connections.

In recent years, I’ve also been one of the leaders of the Western North Carolina Evangelical Movement, a collection of pastors and laity devoted to advancing what we see as historic Wesleyan Christianity.  You can read our Statement Of Faith here and our Who We Are here.

Each year at Annual Conference, the WNCCEM hosts a breakfast and brings in a guest speaker.

This year’s speaker was Matt O’Reilly, who is tri-vocational: he is a UM pastor in Alabama and an adjunct professor of New Testament at both Asbury Seminary in Kentucky and Wesley Biblical Seminary in Mississippi. 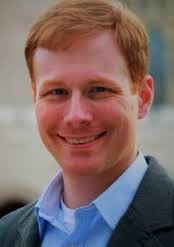 I had met him in January and was confident that he would bring a depth and an excellence to our conversation at Lake Junaluska.

I was unprepared, however, for just how deep and just how excellent his talk would be.

Titled “Marriage In The Image Of God” the talk provided the kind of what are we for? framework that is often missing among us theological conservatives who are more often known for what we oppose.  He started well, got me a little verklempf a third of the way through, and thoroughly tears-on-my-cheeks by the conclusion.

Here are the Top Five Things I Learned (many of which I recapitulated in a large panel discussion the next day).

1.  The library of the bible (actually, he didn’t use the word library but I always do) begins and ends with a marriage of a man and a woman in a garden.  In Genesis 1 & 2 it’s the man and woman in Eden and in Revelation 21 & 22 it’s Christ and his bride in the New Jerusalem.  Using the literary understanding of inclusio (bookends), such an arrangement is neither accidental nor insignificant. God is saying something about covenantal heterosexual monogamy at the beginning and again at the end, and that informs how we read the middle.

2.  The Trinity is beautiful.  God’s internal, self-giving glory is the most beautiful thing in existence.  (At this stage, Matt was sounding a lot like John Piper, which in this particular case is a fine thing to do.)

3.  The complementary equality of the Trinity is reflected in the complementary equality of the man & woman.  Man and woman are alike & yet different and in the intimate joining together of what is similar yet distinct, human sexuality becomes a reflection of the unity-in-diversity that is the Trinity.  (And you thought it was just about waiting for marriage to have sex!)

4.  People often don’t take conservers (conservatives, I say, are those who wish to conserve what is ancient, true, and beautiful) on issues related to same sex marriage and same sex intercourse because we’re not serious about other matters relating to marriage, such as adultery, cohabitation, and divorce.  Ouch.

6.  (Breaking my Top Five rule but he was so good I’ll give him another.)  Sin is the human heart turned in on itself.  Redemption is the process of turning it back out.  Hmmmm, there is a Good Shepherd series in there somewhere.  Heart Turners anyone?


I believe that as the United Methodism continues to wrestle with its future, Matt O’Reilly’s voice is one from which both conservers and progressives will benefit.