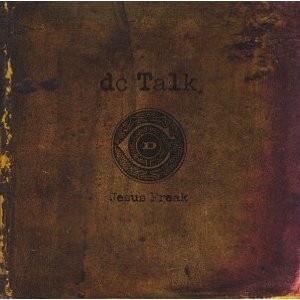 Though it’s been almost 16 years since DC Talk released “Jesus Freak,” I’ve been listening to it all over again.

And that recent listening shows why it remains in my view the signature Christian rock album of all time. Here are the top five things I like about it:

1. Who would have thought that one band could meld the haunting atmosphere of U2, the sonic assault of Nirvana, and the rap-infused creativity of the Beastie Boys into something fresh and original? Yet that’s what DC Talk does here.

2. The courage to title a song “Colored People.”

4. The vocal arrangement of “In The Light.”

5. The question we all need to ask in “What If I Stumble?”