This past Sunday, at a relatively obscure professional tournament called the SAP Open in San Jose, I saw the future of tennis and its name is Milos Raonic.

Raonic, a 20 year old Canadian of Serbian descent, won his first pro event ever, beating world #9 Fernando Verdasco in the finals 7-6, 7-6. He has the kind of effortless yet explosive game I’ve seen one time before in someone so young: Pete Sampras way back in 1990.

Raonic’s calling card is the same as Sampras’ — the serve. The motion is smooth, natural, and deadly. Without any apparent strain, he routinely nails the corners with 140 mph missiles.

So while first title was “only” the SAP Open, mark my words: some more “opens” are in the not-too-distant future. 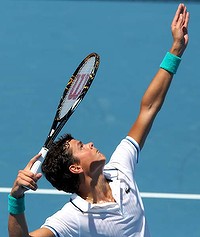 Raonic’s coming out party brings to mind five other “debuts” in which young players announced their arrival in the men’s game with breathtaking results. Here they are:

5. Bjorn Borg, 1974 WCT Championships, Dallas. I was there in 1974 when Borg got to the finals of what was then the “5th Major” in Dallas, losing only to John Newcombe in the championship match. At the time, we all thought that with his unique style of game, his arm would fall off. Instead, he won 11 Grand Slam titles and today, just a generation and a half later, Borg’s tennis is the new orthodoxy as virtually all players use his semi-Western, open stance forehand and two handed backhand. 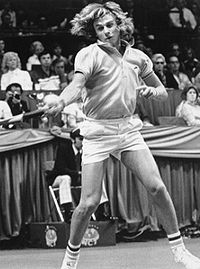 4. Mats Wilander, French Open 1982. Borg had suddenly retired and most tennis experts thought that was the end of Swedish domination on clay. Not so fast. Wilander was just a teenager when he beat Guillermo Vilas to win it all. Love the Rossignol racket! 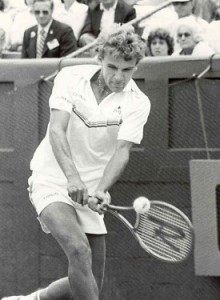 3. John McEnroe, 1977 Wimbledon. It’s hard to believe that John McEnroe ever “came out of nowhere”; it’s as if he’s always been here. Yet as an 18 year old rising freshman at Stanford, he emerged from the obscurity of the qualifying tournament at Wimbledon to advance all the way to the semi-finals, where he lost to Jimmy Connors. At the time, I remember thinking he wasn’t even the best American teenager playing — I figured his peers Larry Gottfried and Ben McKown were better. Um, I was wrong. A year later he won the NCAA as a freshman and a year after that, won his first of four U.S. Opens. 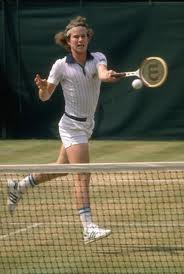 2. Boris Becker, Wimbledon 1985. By odd chance, I saw 17 year old Boris Becker win a small grass court tournament the week before Wimbledon began. And I thought (but unfortunately didn’t bet) “if he plays like that at Wimbledon, he’ll win the whole thing.” He did and he did. We’d never seen a serve quite like that before . . . 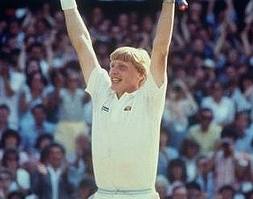 1. . . . but we saw one better five years later as Pete Sampras came from nowhere to win his first of five U.S. Opens in 1990. I remember thinking there was NO WAY Andre Agassi could lose that final. But Sampras delivered bomb after bomb right up the service line “T” and Agassi was reduced to bystander status. The rest of the career is 14 Grand Slams worth of history. 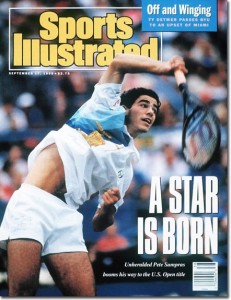