In honor of this year’s Australian Open, I’m devoting this week’s Top Five list to tennis, the sport that will not let me go.

And to books, the pastime that sometimes consumes me.

Books about tennis have ranged from the avant garde — The Inner Game Of Tennis by Timothy Gallway comes to mind — to the uneven — forgettable autobiographies by Pete Sampras, Boris Becker, and Ilie Nastase to name a few.

But when tennis books are good, they are very good, transcending both genre and subject to move into the realm of literature. Here my five favorite:

5. Arthur Ashe, Portait In Motion by Arthur Ashe. This book is Ashe’s diary between Wimbledon of 1973 and Wimbledon of 1974. Though I first read it as an adolescent, the book’s intimacy makes it memorable. Ashe’s reflections from a 1973 match against Jimmy Connors (before Connors became, well, Connors) as well as his crushing disappointment after a loss in the 1974 Wimbledon to Bjorn Borg are especially vivid. I find it both interesting and rewarding that the year after releasing this book, Ashe beat both Borg and Connors on his way to the World #1 in 1975. 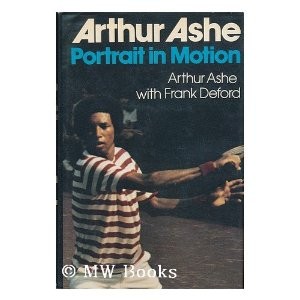 4. You Cannot Be Serious, by John McEnroe. In addition to his otherwordly net skills, John McEnroe is witty, intelligent, and insightful. Notice I did not say nice. That’s why the book is such fun. 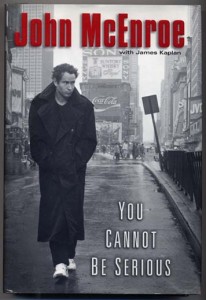 3. The World Of Tennis, by Richard Shickel. This one’s personal. When I was 14, I used to wander over to the Walden Bookstore at the local mall and look through this book with great longing. The vintage photography of Ellsworth Vines, Bill Tilden, and Don Budge made it the ultimate, if unreachable, prize. Why unreachable? It cost, I believe, about $15 — an unheard of sum for a book at that time. But then at Christmas, my mother handed me a gift, nicely wrapped. I still remember my drop jaw shock when the World Of Tennis was inside. And I still have my copy. 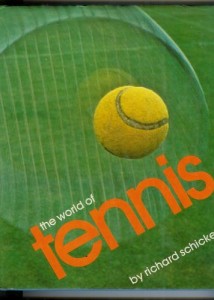 2. Strokes Of Genius, by Jon Wertheim. A shot-by-shot account of the 2008 Wimbledon final between Rafael Nadal and Roger Federer. Since in my mind the wrong guy won, I am loathe to label the match “genius.” But because of Wertheim’s prose, the book sure is. 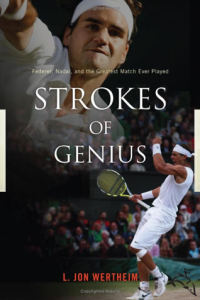 1. Open, by Andre Agassi. The only autobiography I’ve ever read that is written in the second person. It makes for riveting reading, and people’s widely divergent reactions to Agassi’s self-portrait are evidence of its greatness. 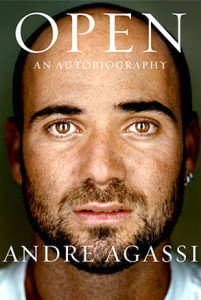