I don’t have much invested in who wins between the Steelers and the Packers. One thing for sure: there will be a lot of gold at Cowboys Stadium on Sunday night.

But there have been times when I’ve had quite a bit of emotional investment in the Super Bowl’s outcome. So here are my top five memories of the new American holiday:

5. January 1979 — Steelers 35 Cowboys 31. The Cowboys were the defending champs but those of us from Dallas always feared the Steelers were really better. This day they proved it. I remember watching the game at the home of a girl I liked (but who didn’t return the favor). I also remember Jackie Smith’s drop in the end zone: 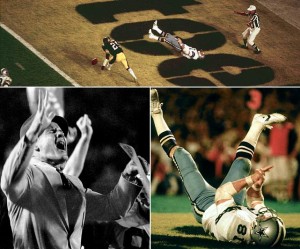 4. January 1989 — 49ers 20 Bengals 16. For the three years we lived in central Kentucky, the Cincinnati Bengals were my adopted team. In the 1988 season, they rode Boomer Esiason’s passing and Ickey Woods’ shuffle all the way to the Super Bowl where they played the 49ers, long my least-favorite team. The Bengals led throughout and I still remember the devastation I felt when John Taylor caught this game winning pass with less than 90 seconds left: 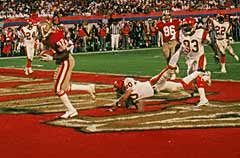 3. January 1969 — Jets 16 Colts 7. My parents always taught me to root for the underdog. The Colts were favored by 18 points against the upstarts from the AFL. I loved the boldness of Joe Namath’s guarantee and then watched in delight as he backed it up. This is the first Super Bowl I remember watching from beginning to end. 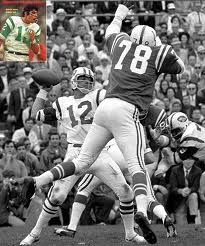 2. January 1972 — Cowboys 24 Dolphins 3. This game brought such relief to Dallas. After years of being “next year’s champions,” the Cowboys at long last became this year’s winners. Tom Landry, Roger Staubach, Bob Lilly, and Duane Thomas designed and then played a near perfect game, one that left fans completely free of any nail biting. 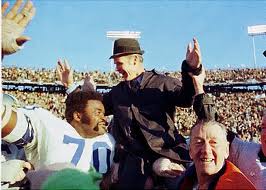 1. February 2004 — Patriots 32 Panthers 29. The nail biting I missed in 1972 was more than present in 2004. Can you believe the Panthers actually made the Super Bowl? What a great season: Jake Delhomme, Steve Smith, Stephen Davis, and here, catching a Super Bowl record 85 yard pass, Muhsin Muhammed. Alas, the Patriots had Tom Brady and Adam Vinatieri and the good guys lost in the waning moments. 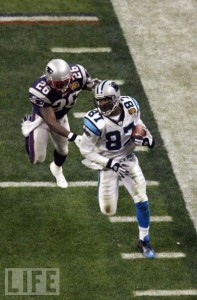