5. Wrigley Field. I’m lukewarm about baseball and have never been a Cubs fan. But the sound of Harry Carey calling out “Cubs win! Cubs win!” after a Ryne Sandberg home run made going to a game seem like such fun. Actually, I think I’d most enjoy watching a game from the top of the building across the street from the left field bleachers of the friendly confines. 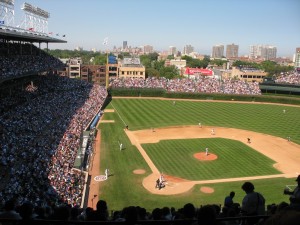 4. Cowboys Stadium. I saw the Cowboys play a time or two in the Cotton Bowl and then a time or two more in then-state-of-the-art Texas Stadium (which we later found out was sort of a concrete dump). But from what I hear, the new Cowboys Stadium is 22nd Century cool. I don’t love the team like I did when I was a kid, but a game there would be an experience.

3. Augusta National. I think this would be best if I could wear a head set to hear Jim Nantz’s commentary in my ear. His quietly reverent voice makes the place seem that much more sacred; a tradition unlike any other. 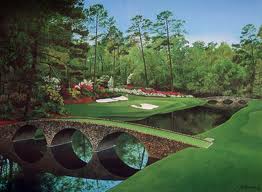 2. Wimbledon. I’ve watched it, dreamed about it, and cried over its results. But I’ve never been there in person. Some of you might be surprised it’s not #1. The reason? Simple. The weather. The possibility of 55 degrees and drizzle in early July has so far kept me away from tennis’ holy ground. 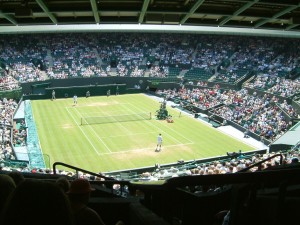 1. The Rose Bowl. Wherever you are on January 1, it couldn’t be any better than sitting in the sun of Pasadena watching the Granddaddy of them all. The site is so gorgeous that I watch the game even if it involves teams I’m not interested in. 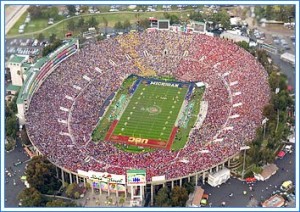