When you think of the elements that make up a great rock song, the violin is hardly the first instrument that comes to mind. 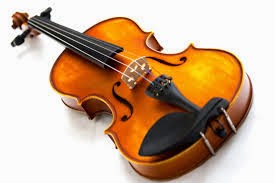 At first glance, it’s altogether too refined and too gentle to fit well into a genre dominated by drums, bass, and lead guitar.

Nevertheless, in the rock story of the last 50 years or so, certain artists have been able to add a bit of “classic” to the medium of “rock.” And, in my view, add a layer of haunting emotion to songs that would be incomplete with out it.

5.  Electric Light Orchestra, Roll Over Beethoven.  The cover of Chuck Berry puts the “classic” in classic rock.  Even though the violin part is tongue-in-cheek as much as anything else, it has to be on this list.

4.  The Who, Baba O’Reilly (Teenage Wasteland).  The Who is not my favorite band — that’s why I’ve never had a Top Five Who Songs list.  This tune also has one of the most objectionable lines in rock — “I don’t need to be forgiven.”  (Really?)  Yet I couldn’t leave this one off if for no other reason than that it was the topic of conversation on the first date I ever had with Julie Davis.

3.  The Verve, Bittersweet Symphony.  I’m down with what’s today, people.

2.  Electric Light Orchestra, Livin’ Thing.  Confession: one time in high school a friend told me that he had gone to an ELO concert the night before.  Only I heard him say “Yellow.”  So I thought there was a new band out there capable of filling 10,000 seat arenas named “Yellow.”  Guess I was wrong.  Guess this song is still great.

1.  John Mellencamp, Your Life Is Now.  Actually, this list could have been all John Mellencamp all the time.  His violin parts tend to be subtle, textured, and beautiful.  The part in Your Life Is Now brings an urgency to the lyric that I would not have felt otherwise.  We did this on in church as part of the Heroes series in 2008.