Lost among the upheaval of All Corona All The Time was yesterday’s death of one our city’s most dignified characters, Ty Boyd.  He was 88.

Here are five things you should know about this Charlotte legend:

One. Boyd was the morning host on WBT radio from 1961 to 1973, later moved to television, and still later moved to the national speaking circuit.  For years, he was the kind of pro-Charlotte booster who helped attract new businesses and commercial development to this city. 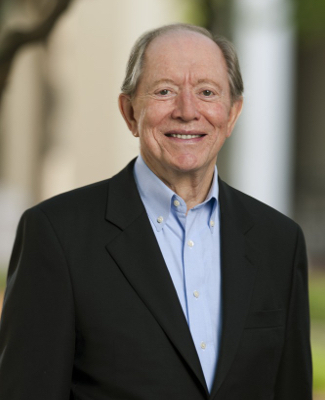 Two. He had the kind of made-for-radio baritone even in to his late 80s that most preachers would love to have.

Three.  After his radio and TV careers wound down, he launched a company dedicated to teaching speaking and communication skills to business professionals.  The name of the company?  How’s this for creativity:  The Ty Boyd Company.

Four.  From 2012-2015 many of our staff went through training with Ty’s company.  He taught your pastors and directors how to use their entire being when they speak and lead.  He showed them that their smile is their most valuable currency.  He was RUTHLESS in eliminating “nonsense” words from our speakers’ vocabulary:

Know what I mean?

You know what I’m saying?

Five.  Back in 2013, Ty treated me to lunch at the late, great Fatz restaurant (now Japan 49) caddy corner from our Moss Campus.  I was a  season of slight uncertainty, wondering if my preaching would ever get published in any form, and also thinking about what kind of work I could do after I turned, say, 55.  I wondered what it would be like to be a speech coach like he was.  His answer was definitive and defining:  “You’re a preacher.  That’s your call.  Stay with it.”  I am so glad for those words.

RIP to RIG for a Charlotte legend and a personal sage.