Winter Storm Diego made an unwelcome appearance in Western North Carolina this past weekend, and so we didn’t have church on Sunday.

That doesn’t mean the weekend was without high drama and poignant moments, all of which are worthy of some reflections below.

1. An Asheville wedding, a lumpy throat, and a lot of beauty & handsomeness.   The weekend began with the wedding of Kaitlin Stevens and Kevin Hoffman in Asheville.  The forecast was so dire that I had already secured former GSUMC staffer and current Asheville pastor Rich Tuttle as a substitute in case Julie and I had to leave early.

But the weather held off for a time and the wedding itself was fascinating.  I began, as I almost always do, by saying, “I’m Talbot Davis, the pastor of Good Shepherd Church in Charlotte.”  And then I added, “And I’ve been Kaitlin’s pastor since she was four months old.” (True, because she and twin Hannah had just been born when we arrived at Mt. Carmel Church in Monroe.)

And then I lost it.  Lump in throat, tears in eyes, voice gone.  (Don’t worry, I got the same lump when I declared Riley & Natalie husband and wife and when I served communion with Taylor & Nate).

But what was it, so sudden and so strong?  Surely the beauty and promise of Kaitlin and Kevin was part of it. 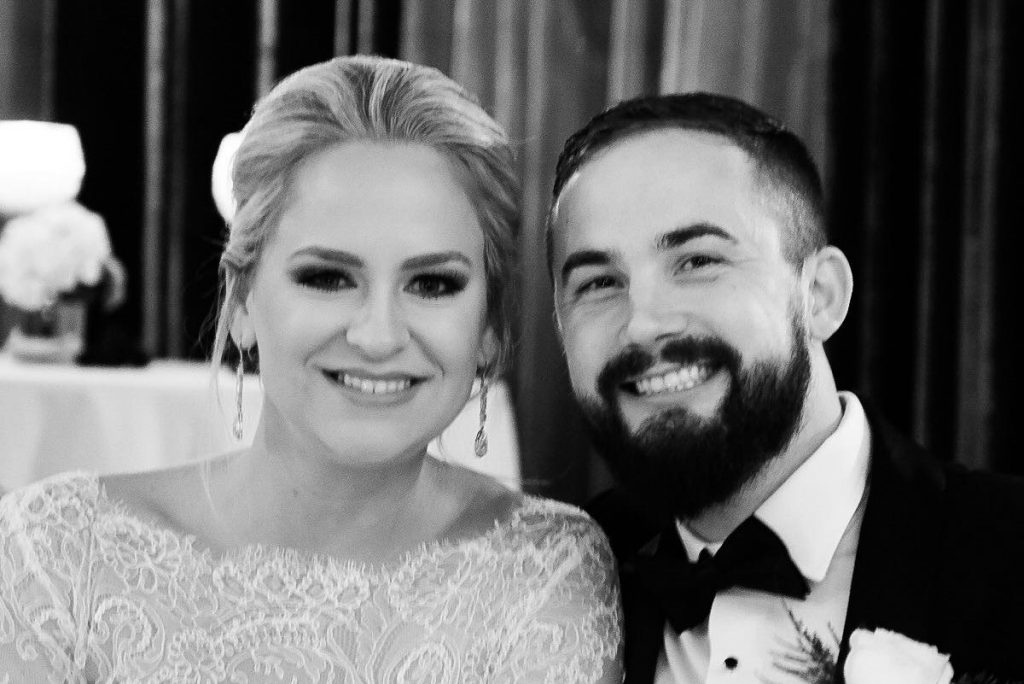 But more than that, it was that ongoing realization of the value of long-term relationships, the enduring trust that people place in you, and the ever increasing appreciation for those years as a Monroe pastor.  Those of you who know me well know that a Mt. Carmel reference can quickly get me verklempft.

For the record, I recovered my game and my voice and Kevin and Kaitlin got declared husband and wife followed by their first prayer as a married couple.

2.  An evening drive home down in the mountain in the snow is harrowing.   Yet we made it safely and soundly, much relieved that the decision to cancel Sunday church had been made and communicated several hours before.

3. After a drive like that, nothing tastes quite so good as Chinese carry out — Sesame Chicken, Shrimp Fried Rice, and Flower Chicken.

4. When the snow and ice are heavy and persistent, it helps to get along with your spouse. As travel was not possible on Sunday, Julie and I were together a lot this weekend.  It’s a good thing we get along.

5.  The NFL Network’s RedZone has an “Every Touchdown Scored Today” montage at the conclusion of its telecast, and it is the best moment on sports TV and that includes anything on the Tennis Channel.