If you frequent this space at all, you know I’m much more likely to comment on music and books than I am on film.

Yet last Friday Julie and I went to see the early 70s period piece Battle Of The Sexes.  (We asked for and received the Over 55 discount AND WE WEREN’T CARDED!  Yes, I’m bitter.)

Starring Emma Stone and Steve Carell, it tells the stories behind the story of the iconic gender crossing match between Billie Jean King and Bobby Riggs in Houston in 1973. 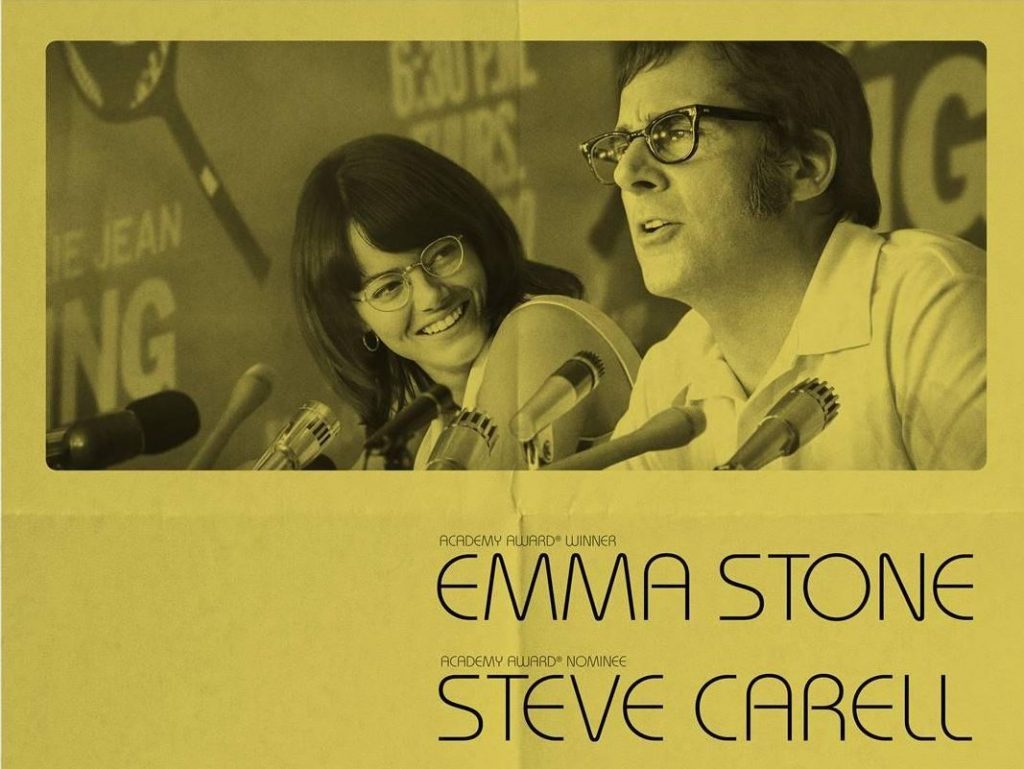 Here are my five top reflections from the film …

1.In terms of tennis detail, the movie is remarkably faithful to history.  It’s all there with uncanny accuracy in the on-court recreations: King’s gorgeous backhand and her slappy forehand; Riggs’ classic Eastern strokes with minimum spin but maximum control, and even Margaret Court’s penetrating slice backhand and imposing net game.  The only thing not true-to-form was Stone’s version of King’s serve … Stone landed on her left foot, unlike King’s signature scissor kick.  I’m sort of partial to the scissor kick jump on 70s serves. 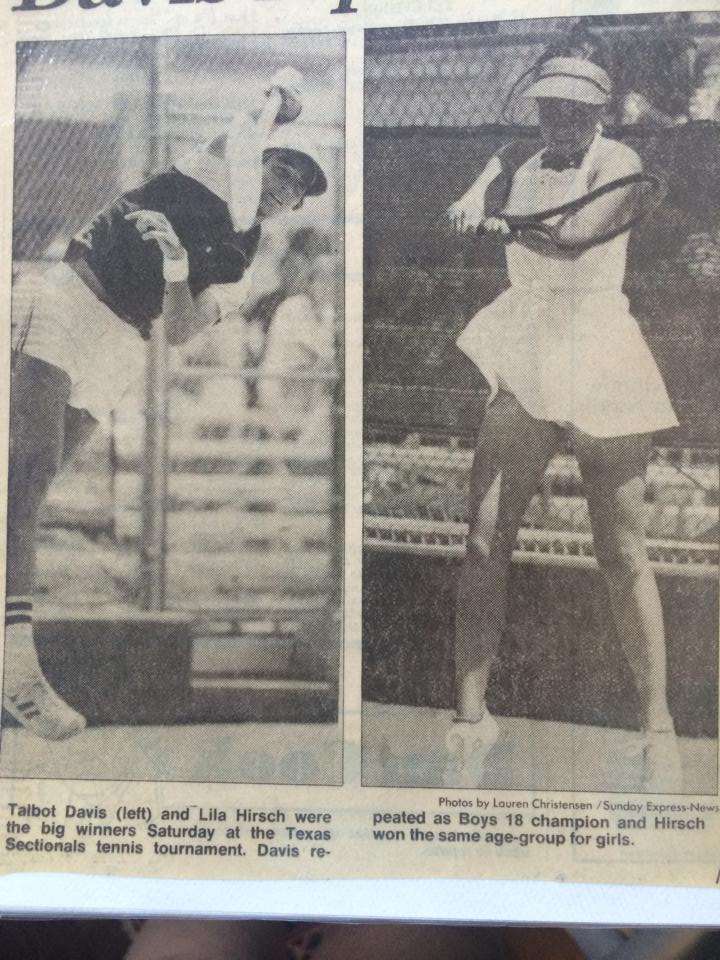 2. The villains are easy to spot.  There are two figures the movie begs you not to like: Jack Kramer and Margaret Court.  Kramer comes across as a misogynist and Court as something even worse, religious.

3. If you followed tennis in the early 70s, the movie is full of glorious shout outs of random women pros.  Peaches Barkowitz, Julie Heldman, Kristy Pigeon, and Val Ziegenfuss all get their names in lights. For 98% of you, those names result in a collective huh? For the other 2%, you’re welcome for the Memory Lane trip.

4. The movie is actually more about the battle for King’s sexuality than the Battle Of The Sexes.  In terms of on-screen time, the film centered more on the burgeoning affair between King and hairdresser Marilyn Barnett — and its discovery of and acceptance by King’s husband Larry — than the match with Riggs.  That affair was made public by Barnett’s “galimony” suit in 1981.

5. The movie is likely not long for the world.  On Friday, Julie and I were two out of six people in the theater.  On a Friday night.