Yesterday, I posted that my colleagues and I were on our way to Phnom Penh, Cambodia and ultimately to the state of Orissa in India.

So why would we want to travel such great distances to spend 12 days in cultures that are so unfamiliar? 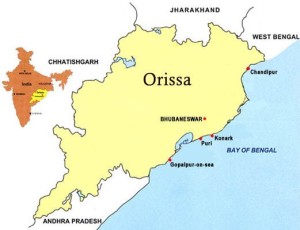 Turns out there are at least five answers to that question. It’s Tuesday, after all.

5. The followers of Jesus in both places have much to teach us about walking with Christ with resilience, determination, and faithfulness.

4. We want to leverage some of the things we do well and the resources we have to help churches in Asia.

3. We have existing contacts in both places. Good Shepherd’s founding pastor, Claude Kayler, worked closely with Methodists in Phnom Penh back in the late 1990s. Our congregation also funded construction of a church building in the Cambodian village of Tram Khnar. In India, we have been long time supporters of Advancing Native Mission, which has a vibrant presence in Orissa. So we’ll be able to strengthen old ties while making new ones.

2. We want to do long-term work in a land where Christianity is not a majority religion. Cambodia is predominantly Buddhist, while Hinduism dominates India. In both countries, Christianity is a minority faith, and, on occasion, a persecuted one.

1. We are making a strategic shift in our approach to international mission from “wide and shallow” to “narrow and deep.” For years, we’ve had 8-10 different partners around the globe who receive significant financial support from the church. However, we’re attracted to a model we’ve learned from other churches in which we would work with indigenous pastors and leaders in one area, harnessing our resources and spirit for maximum impact. This trip is to help us answer the question: would God have us go narrow & deep in Cambodia? Or in Orissa? Or does he have something else entirely different in mind?