If you thought about it — and maybe I’m the only one who did — it might have struck you as kind of odd that we devoted an entire Sunday to preparing and packing 285,000 meals for people in Haiti while we are in the middle of a message series called The Value Of A Soul.

Because that food, after all, will feed bodies.  And in a certain way of looking at the message series, we’re minimizing bodies to focus on rescuing souls. 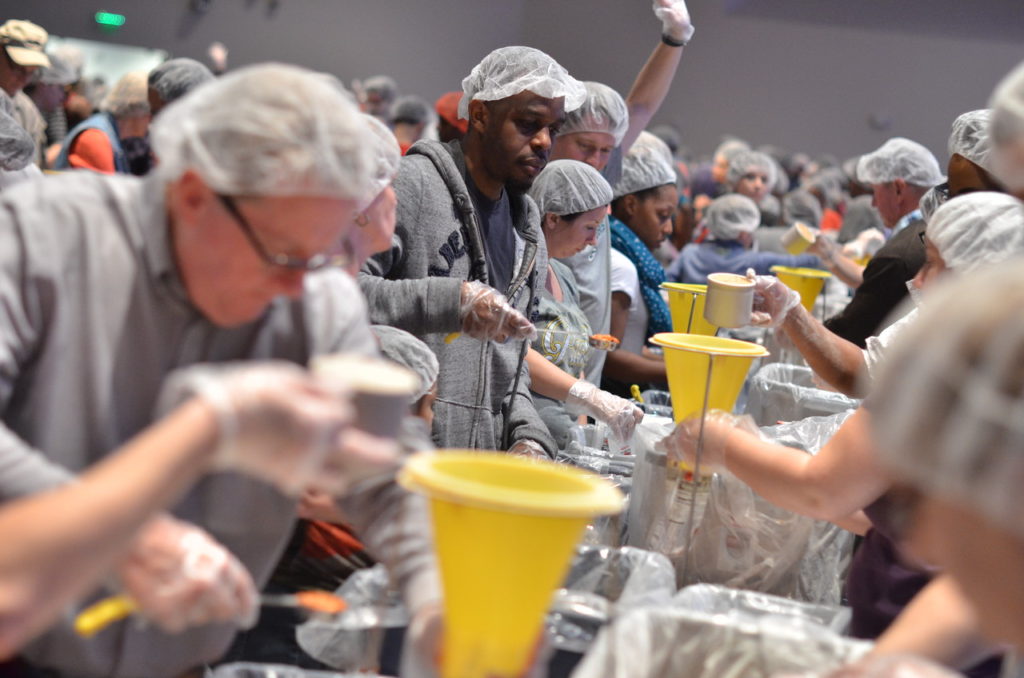 So why did we do what we did?  Here are five reasons; reasons that I hope and pray show how our theology (#5 especially!) aligns with our strategy.

1. Radical Impact Projects — the big and the bold on behalf of the lost and the least — are a signature of Good Shepherd Church.  Over the last five years, we have raised enormous sums of money to battle human trafficking, we have fed folks in Uganda & Guatemala, and we’ve collected massive numbers of shoe boxes through Operation Christmas Child.  But our new Zoar Campus had yet to experience what it means for a church to radically impact the world.  So as that campus passed its six month mark, we knew it was time to schedule one project that we could do on two campuses.

2. The souls inhabiting Haitian bodies can better hear a message of salvation once stomachs are full.

3. There is almost never a wrong time to get 100% volunteer engagement on a Sunday.

4. We wanted to provide an opportunity for the different cultures, colors, languages, and generations that make up Good Shepherd to serve, side-by-side and shoulder-to-shoulder. 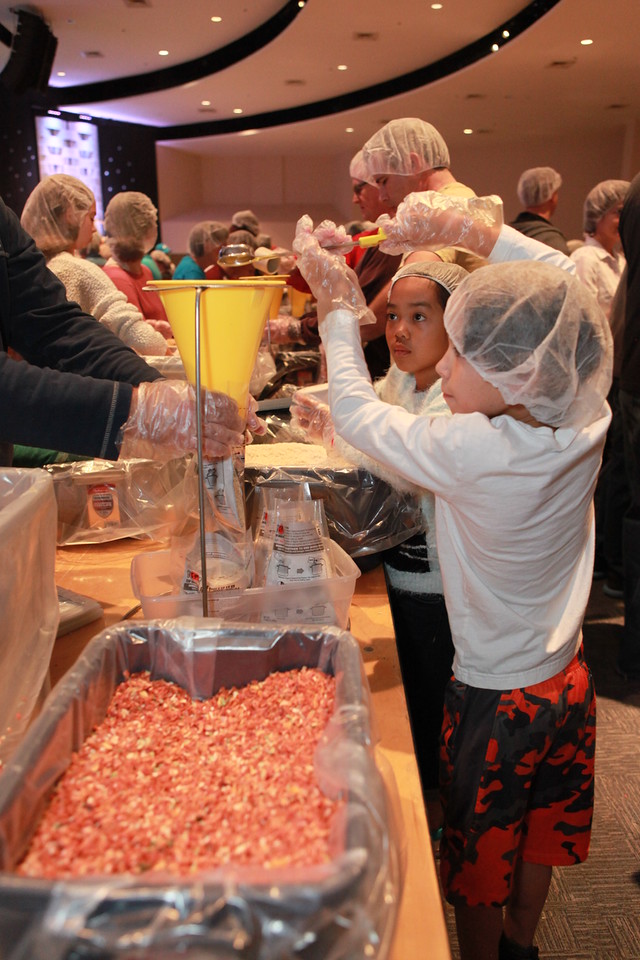 5. Theologically, we see very little distinction between bodies and souls.  Huh?  Won’t we all “fly away” as the gospel classic sings?  Actually, no.  The hope of the Christian faith is NOT your disembodied soul flying in the clouds of heaven for eternity  It is instead your resurrected body — a body that is imperishable, but a body nonetheless — to reign with King Jesus forever in the new heavens and the new earth.  Paul puts it this way in I Corinthians 15:42-44 and 15:51-54:

So the meals we prepared are but a foretaste of the heavenly banquet at which our resurrected bodies will dine in everlasting love.