I was actually an enthusiastic fan until the seventh grade.  Not coincidentally, that was also the time I stopped playing basketball so I could devote more time to tennis.

One of my fondest memories is the time my dad gave me a subscription to Basketball Digest, which was at the time the ultimate insider’s piece for NBA followers.

So most of my favorite uniforms come from that era.  If I am objective about my choices, most of the are more tacky than enduring, more gauche than classic.  Yet I find the combination of colors, fonts, and insignia have much more personality than today’s rather bland offerings.

5.  Phoenix Suns, mid 1970s.  Purple with orange trim and a logo on the the shorts that was supposed to look like the sun.  Led by Gar Heard and Paul Westphal, they almost beat the Celtics in 1976. 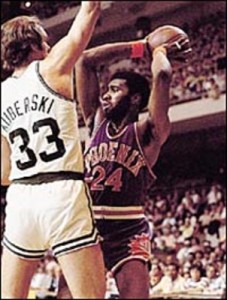 4.  Los Angeles Lakers, then and now.  For sure the most enduring, classic design on this list.  Again, it’s the cool wide stripe on the shorts that does it for me.  The logo himself, Jerry West, always looked especially good in either gold or purple. 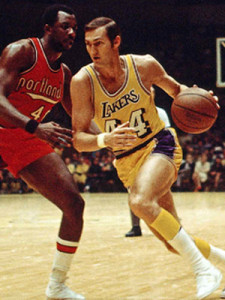 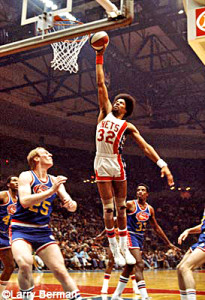 2.  San Francisco Warriors, mid 1960s.  Whether it was Nate Thurmond at center or Rick Barry at the foul line, I always loved the Golden Gate Bridge surrounded by the circle with those enigmatic words “The City” on top of it all. 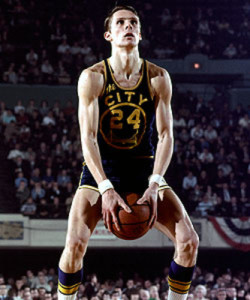 1.  Baltimore Bullets, late 60s and early 70s.  I’ve never owned or shot a gun.  I’ve never been to Baltimore.  But Earl Monroe was a childhood hero and Wes Unseld wasn’t so bad himself.  The dominant orange coupled with — again — the cool wide stripe on the shorts make this one my favorite of them all. 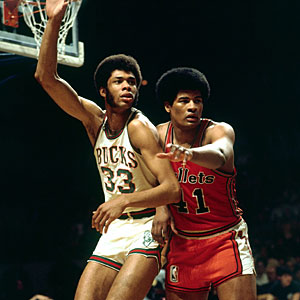