Don’t most of us go through a phase of wanting to be someone else when we grow up?

Or at least just like someone else when we grow up.

Whatever you call them, here are five different men who, at different stages of my life I wanted to be when I grew up. 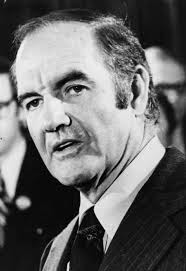 What a crazy thing to want to be for a ten year old kid!  The average 10-year-old boy has football players, fire fighters, or superheroes for his role model.  And I had a candidate in the 1972 presidential election who couldn’t even carry his own state?  What can I say?  At least by 1984 I didn’t want to be Walter Mondale. 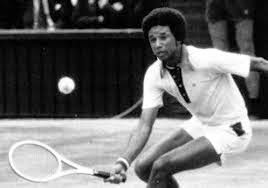 Oh, Arthur Ashe and I had so much in common:  strong serves, good backhands, shaky forehands.  When we played well, we could beat anybody; if our games were just a little off, we could lose to players ranked much lower.  Except that’s where the similarities stop.  He won Wimbledon, the US Open, and the Australian Open; I won $400 in a pro tournament in Trenton, New Jersey; money Julie and used to go buy a new couch. 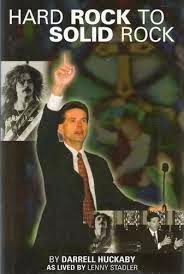 When I was pastoring Mt. Carmel Church in Monroe, Lenny Stadler was leading the kind of ministry down the road at Weddington United Methodist that most of us could only dream of.  In fact, I didn’t even know such a thing was possible in Methodism — growing a church from 200 to 1200 (I could not wrap my head around having more than 1,000 people in worship!), doing so from a strongly biblical basis, and helping a congregation open up to the gifts of the Holy Spirit.  Lenny died a couple of years ago from cancer (reflected on him here), but here’s what I know:  Good Shepherd wouldn’t be the kind of church it is if Lenny was not the kind of leader he was. 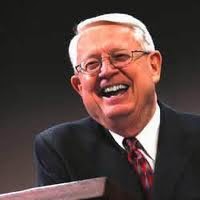 And with that smile and that baritone voice, who wouldn’t want to be him?

It’s probably time to be content with what — and who — I already got.