The Methodist blogosphere is roiling these days with a bishop receiving reprimand, pastors standing trial, and opinions going viral.

So given the headiness and heaviness of this week, I couldn’t resist taking a step back from all the maneuvering and posturing to let readers know five things about the United Methodist Church they may not have known before.

I hope most of you will learn at least one new thing from what I discuss below.  If so, count yourself better prepared for your Judgment Day conversation with  Jesus, which I’m quite sure will focus almost exclusively on how well you know your own denomination.

If you’ve known all five, and this is merely a review, consider yourself even better prepared for that final exam.

1.  We are historically linked to some of the most prestigious universities in the country.  Duke, Emory, Northwestern, and SMU were all founded by Methodist people and retain Methodist ties.  In fact, all four of those universities have a United Methodist school of theology on campus.  Little-known fact:  the reason SMU exists is because the Methodists “lost” Vanderbilt around the turn of the 20th century.  Vanderbilt, too, was started by Methodist people yet its trustees wrestled it away from the mother ship in pursuit of a less sectarian university.  In response, the Methodists zeroed in on Dallas, bought the land, and to make sure no one ever mistook what the new place was all about, named the school Southern METHODIST University.  Second & third little known facts: my dad taught law at SMU for 31 years . . . and my daughter graduated from Vanderbilt in 2011. 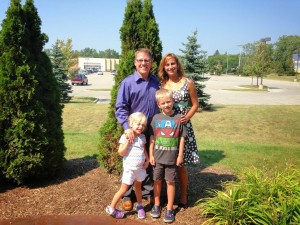 3.  We deploy and assign pastors based on a model started in horse-and-buggy days.  Historically, Methodist pastors are appointed and not hired; they typically stay at a church for 4-5 years, and then move on to another congregation.  Local churches, then, have a series of short-tenured leaders.  Experience has shown that this system results in unstable churches and dysfunctional clergy families — other than that, it’s a great idea!  Fortunately, the UMC in the 21st century is moving towards a system based on longer appointments, especially in churches that grow large.

4.  We are in a period of marked decline in the U.S. and rapid growth in Africa.  When the United Methodist Church came to be in 1968, there were 11 million members.  Today, that number has dropped to just under eight million.  Meanwhile, Methodists in Africa have grown rapidly in number and in influence.  That moving center of power has everything to do with the current debates around homosexuality, as African Methodists tend to have a much more traditional understanding of what constitutes biblical sexual morality than do their American counterparts.  (As most of you know, I line up with the African perspective on this issue.)

5.  Speaking of homosexuality, we are the only “mainline” denomination to retain an official teaching that same-sex intercourse is incompatible with Christian teaching.  The Presbyterian Church (USA), the Lutheran Church (ELCA), the Episcopal Church, and the United Church of Christ have all . . . a) capitulated or b) advanced (depending on your point of view) on this issue.  Why have United Methodists so far retained what other denominations have abandoned?  See #4 above: the power of the voting bloc from our African brothers and sisters.

6.  Methodism “out West” and “up North” is much different than that which is in the South.  The theology of the UMC west of the Great Plains and north of the Mason Dixie line is much more left-leaning than here in the south.  In fact, it’s very likely that given my understanding of biblical inspiration, human sexuality, and even the way we refer to God, that the Methodists in those places would not ordain me.  My favorite story about all this:  in the late 80s a young pastor from Colorado was attempting to become ordained in the UMC in that state.  However, when he told those evaluating him for ordained ministry that he referred to God as Father (sort of like you-know-who did), his ordination board refused his application.  He ended up applying to our Annual Conference (called the Western North Carolina Annual Conference), receiving ordination, subsequently winning the Harry Denman Award for effective pastoring, and currently leads one of our largest churches.  And he still calls God Father.  Thank you Colorado!