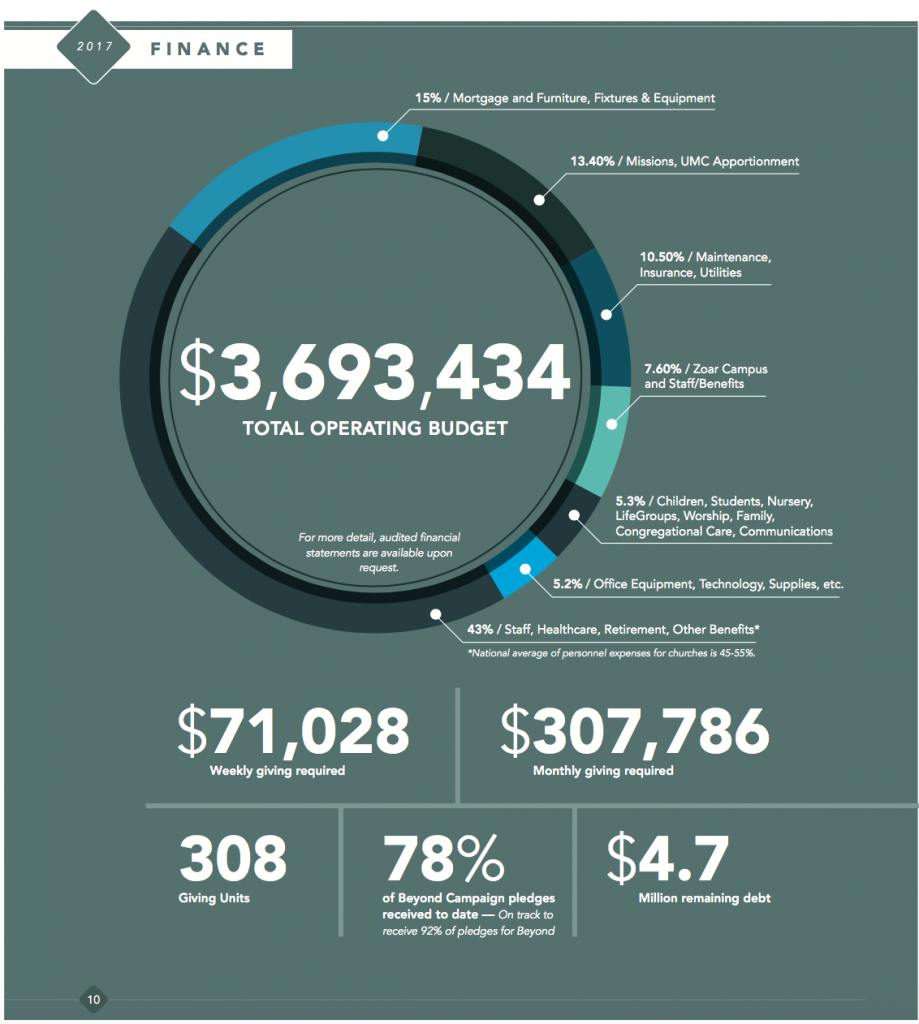 Here are the top five numbers out of that page full of … well, numbers.

2. Our 2017-18 budget will require just over $71,000 per week.  The good news is that throughout 2016-17, we averaged right at $61,000 per week for Operating Fund and $10,000 per week for the Beyond fund.  This year we are folding it all into one budget, and I suspect we will reach our goal.  We have asked those who pledged to Beyond (a capital campaign that funded our Living Room and our Zoar Expansion AND that concludes in March 0f 2018) to continue giving at the same level, just all to the General Fund.  This is what Julie and I will do.

4. We have given over $460,000 to Missions in 2016-2017 (that figure is in the Impact Report but not on the page pictured above.  Those funds fuel ministry in India, Russia, Casar (North Carolina), and Steele Creek.

5. Because of the ongoing generosity of the people of Good Shepherd and the wise yet aggressive leadership of our Finance Team, the $4.7 million dollar debt figure above is now obsolete.  It is now just under $4.5 million as this week we made a large principal payment against our indebtedness.