One of the best Christmas presents I ever received was a football uniform when I was six years old.

One of the best I ever gave was a football uniform — to Riley, when he was six years old. It was of his favorite team. (See below.)

So it got me thinking . . . what are my favorite NFL helmets? Which helmets combine both “classic” and “cool” so that I’m drawn to the design, if not necessarily to the team wearing them?

Just so you know — when I was young, I was so into football helmets that I thought Vikings were birds because Minnesota’s helmet design looks like wings.

5. Indianapolis Colts. I like the colors, the simplicity, and the fact that the design endured the move from Baltimore to Indianapolis. 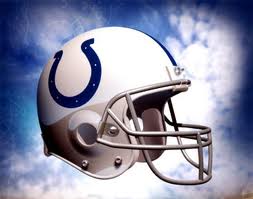 4. St. Louis Rams. See above, though the move was from LA to St. Louis. The design always struck me as menacing and powerful. 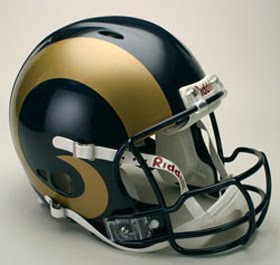 3. Denver Broncos. When the Broncos switched uniforms before the 1997 season, the new look was widely criticized. Then they won the next two Super Bowls and you never heard complaints again. I love the mix of colors and movement in this one. Plus, now I can see this on Tim Tebow. 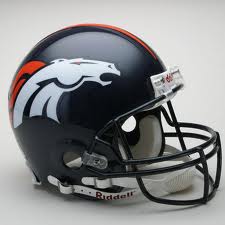 2. Dallas Cowboys. Classic, clean, iconic. Doesn’t hurt that they were my boyhood heroes. This is one that should never change.

1. Tampa Bay Buccaneers. Just. Plain. Cool. They switched to this design in the late 90s (away from a God-awful, pastel-colored, sword-eating, faux pirate) and Riley was hooked. They’re still his favorite team. While I don’t like the team in the way he does, I’ve got to admit that the uniforms can’t be beat. 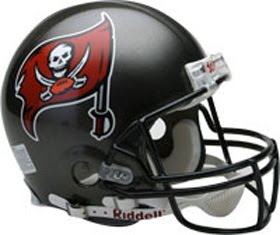