At one point during the Memorial Day weekend, Julie asked me, “is there any place you’ve never been that you’d like to see?”

And, of course, that question — asked on Memorial Day — got me thinking about those national landmarks that for a variety of factors I have never seen in person.  Some are natural wonders and others are treasured pieces of architecture, but all of them have so far escaped my radar.

5.  The North Carolina State Capitol Building.  This isn’t really a national treasure, I know.  I just find it interesting that I have lived in this state for twenty-five years now and I’ve only been to Raleigh twice and neither of those visits went anywhere near the capitol building. 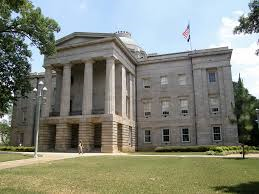 4.  Niagra Falls.  All that wind and water might mess up my hair. 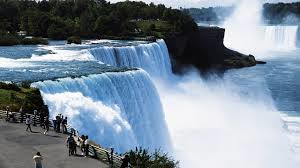 3.  The St. Louis Arch.  When I was fifteen, I reached the finals of an important tennis tournament held at the Dwight Davis (no relation) Tennis Center in St. Louis.  That week was notable for three reasons:  1) I stayed in a hotel without either of my parents but with a fellow player, Craig Kardon (who went on to coach Martina Navratilova); 2) along the way to the finals, I beat a player named Rodney Harmon, who a few years later reached the quarter-finals of the U.S. Open; 3) Craig and I listened every night to the cassette tape of Led Zeppelin II on a portable cassette player my mother had given me.  But it was NOT notable for seeing the Arch because somehow I never did. 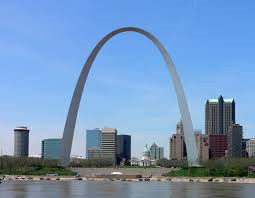 1.  Mt. Rushmore.  And this was how I answered Julie’s question over the weekend.  I’ve read the book on how it was sculpted.  I’ve read multiple books on Theodore Roosevelt.  And one of these days, I’ll spend a week raising hell in Sturgis, SD, and then mosey over to Mt. Rushmore. 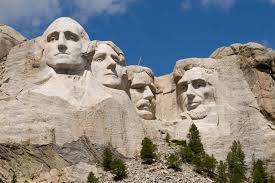 And you might not have known this, but here is the Mt. Rushmore view from the Canadian side: 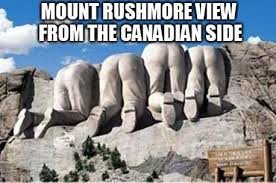