On Sunday evening, we celebrated the outdoor baptism of some of our favorite Good Shepherd people.

We explained to the families, friends, and supporters that baptism is the entire Easter weekend in an instant:  dying with Christ, buried in death, and then, gloriously, united with him in resurrection.  Paul says it this way in Romans 6:3-5:

3 Or don’t you know that all of us who were baptized into Christ Jesus were baptized into his death? 4 We were therefore buried with him through baptism into death in order that, just as Christ was raised from the dead through the glory of the Father, we too may live a new life.

So here are some of the more compelling moments from that “Easter-Weekend-In-A-Moment” celebration:

5.  With a woman from Colombia (in addition to another woman from Liberia): 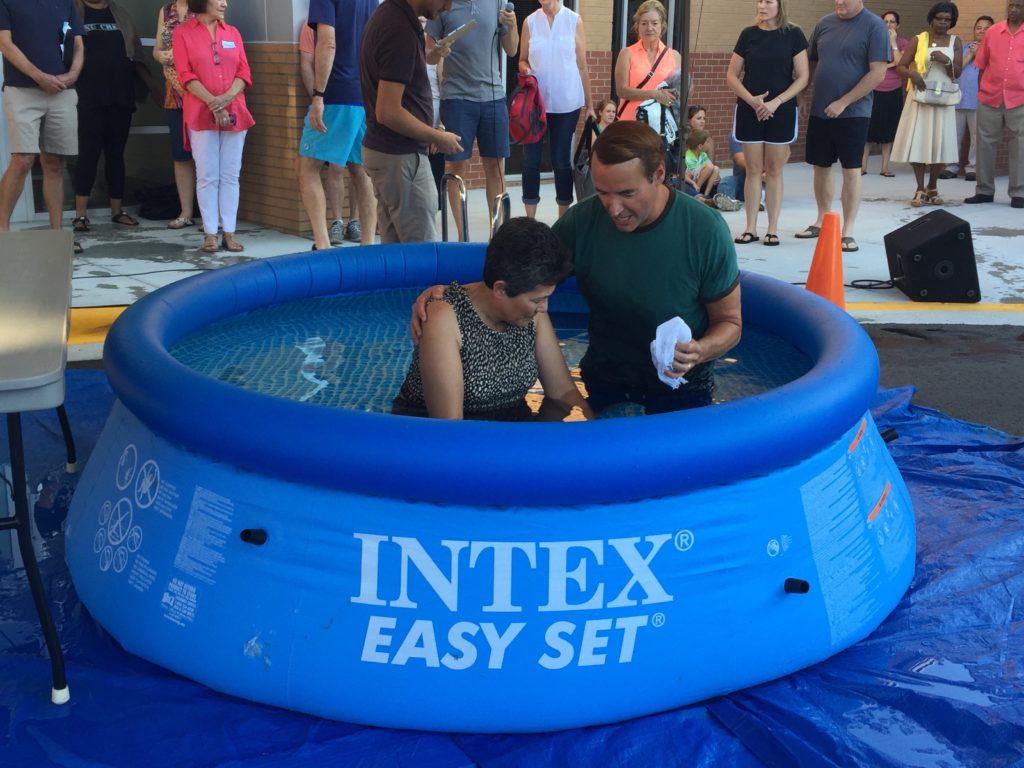 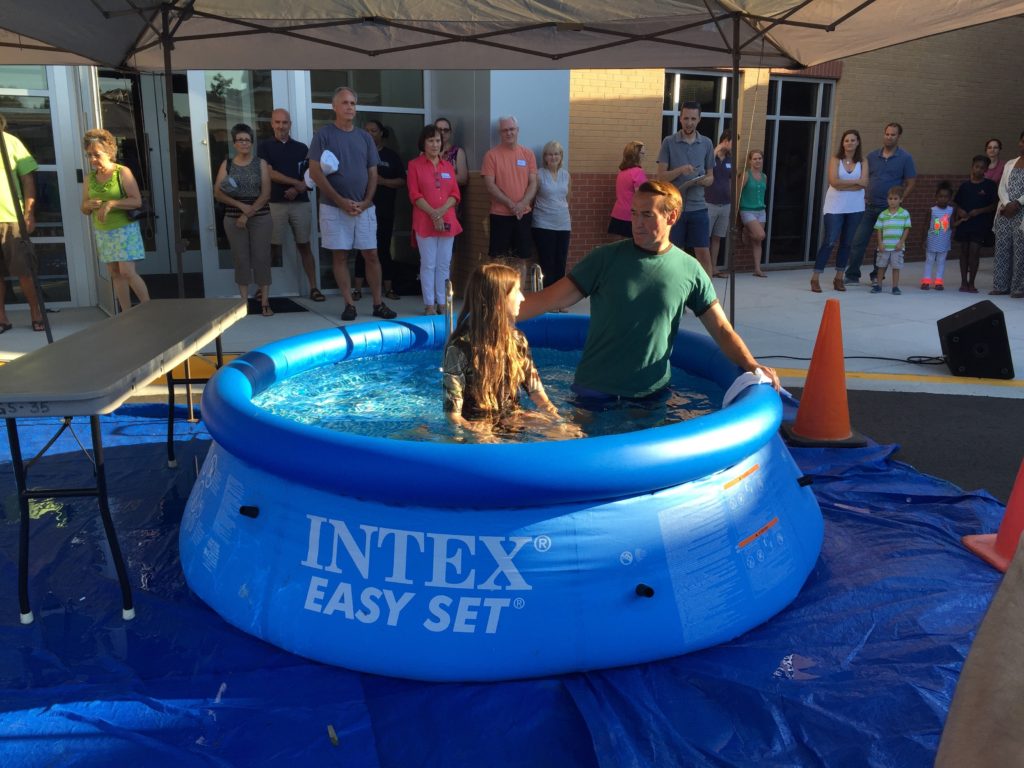 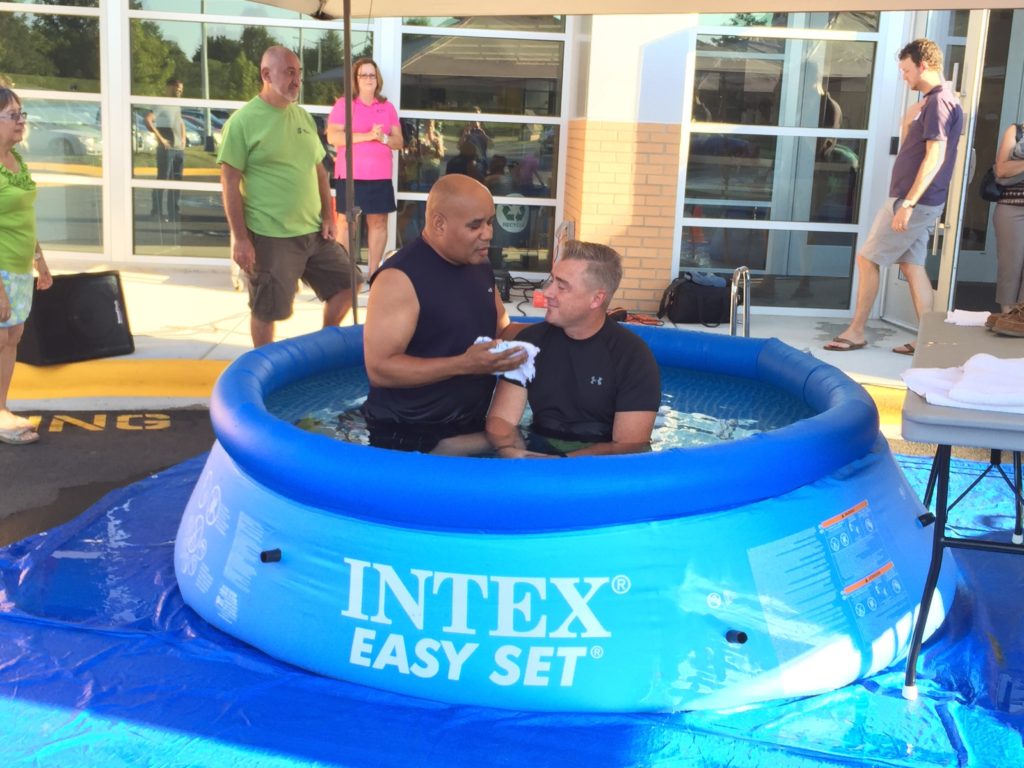 2.  A young woman whose father helped her go public by getting wet. 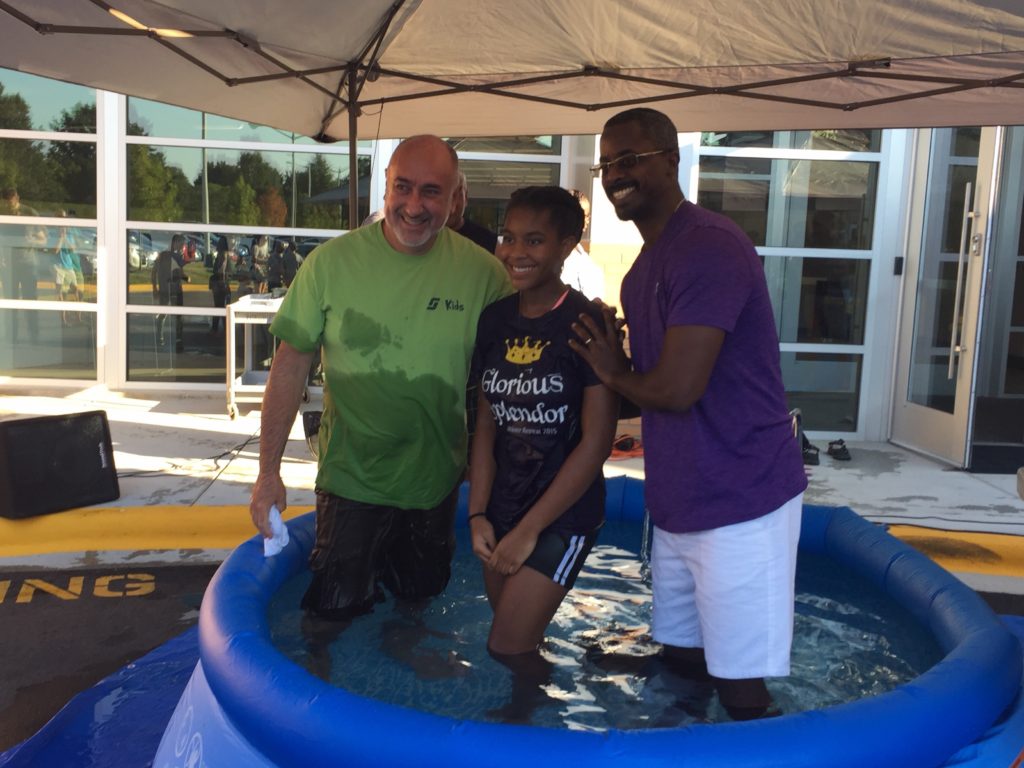 1.  And a young girl whose parents I know well and who herself began attending this church while a toddler. 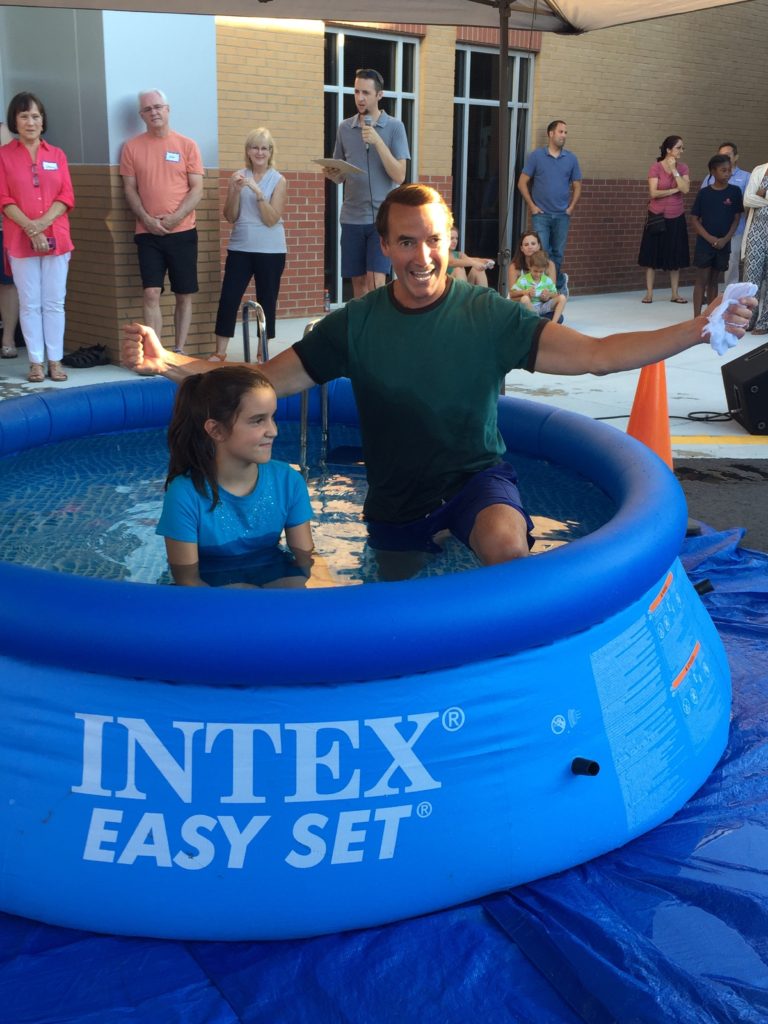