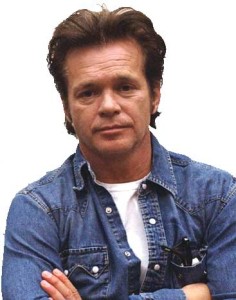 Then, musically he seemed to me at first blush to be a poor man’s Bruce Springsteen. A Midwesterner trying to cop an East Coast attitude.

And finally, the politics. Mellancamp is the stereotypical rock activist who professes his concern for the poor from the back seat of his limousine. He can be maddeningly and simplistically self-righteous.

But then Julie and I went to a concert in 1999. And about half way through the show I realized, “I like all these songs. They are really, really good.”

So since that night, I’ve been a fan. I’ll go for seasons where his CDs are all I listen to. The amplified acoustic guitar, the gravelly voice fueled by nicotine, and the insights that make often make Christians squirm all combine to make him one of my favorites — whatever his name is.

So here are my Top Five John Mellancamp songs:

1. Authority Song. Now I love authority. I almost never fight it. Yet this song never fails to make me smile, especially the narrator’s conversation with his preacher. And by the way, there is profound theological truth here: authority does always win.

2. Little Pink Houses. Is this America? Check it and see. Love the opening guitar line.

3. Peaceful World. One of the best songs of the 00s for sure. From the much underrated Cuttin’ Heads CD.

4. Walk Tall. Somber, reflective, and beautiful. Those of us who follow Jesus need to heed the line: “be careful of those who kill in Jesus’ name, who don’t believe in killing at all.”

5. Wild Night. Yes, it’s a Van Morrison cover. And yes, the vocals of Me’Shell Ndegeocello make the song. But Lord, how good does it sound even 17 years after its release?