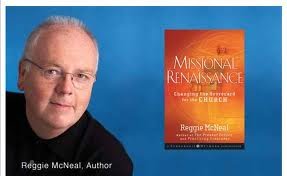 I’m spending the early part of this week in Lake Junaluska, surrounded not only by the Western North Carolina mountains, but also by 25 fellow clergy who are part of they Reynolds Leadership Program.

(It was at one of these events in 2010 that I realized we had to devote Christmas that year to What Child Is This, the human trafficking emphasis that raised $207,000 for the International Justice Mission.)

Anyway, this time we’re being treated to the wit and wisdom of Reggie McNeal, author of Missional Renaissance and a leader in the movement for the church to, as he says, “get off its donkey” and get out into the world.

His presentation was a mixture of statistics, anecdotes, and one-liners, the top five of which I am listing here.

5. Christianity is the fastest growing religion in the world. Between now and tomorrow morning, there will be 80,000 new believers in Jesus. Of that 80,000, about 35,000 will come from India.

4. In 1912, 80% of Christians in the world were white and Western. Today, that number is 20%. There is no place in Europe that draws more than 2% of the population to church on a given Sunday.

3. We in American Christianity need to join the Pentecost that’s happening in the rest of the world.

2. The covenant that God established with Abraham suggests that we today are to be a people who bring blessing to others. When the church recovers that, it recovers itself.

1. Instead of taking mission trips, we can reclaim the idea that our very lives are a mission trip.