From 1985 – 1987, I worked in the New Jersey office of the United States Tennis Association, the not-for-profit body that puts on the U.S. Open tournament, currently underway in Flushing, NY.

My title was the Coordinator of Recreational Tennis, which meant that I was supposed to help grow the game by getting more programs going in public parks throughout the country.

So what are the highlights from that job and how has it impacted my time as a pastor?

5.  Learning how to use Pendaflex folder systems.  Huh?  Well, in college they don’t teach you much about filing documents, organizing workdays, and managing events.  I had to learn all that on the job at the USTA.  It all sounds simple, but I’d be a wreck without those skills. 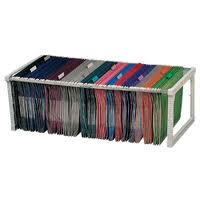 4.  Going to the International Tennis Hall Of Fame in Newport, Rhode Island.  The USTA hosted the 1986 meeting of the International Tennis Federation at the Hall of Fame in Newport, and I got to tag along as a gofer.  While there, I got to see the grass courts up close and personal, tour the Newport mansions, and watch Bill Scanlon, whom I’d known from childhood in Dallas, win the pro tournament being played at the same time. 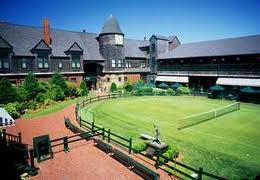 3.  Playing an exhibition at Louis Armstrong Stadium.  On the day before the 1986 Open started, the USTA hosted an exhibition on Stadium court and invited some staffers to join in.  Full of anxiety, I took part.  My main goal was not to make a fool of myself.  At the time, Armstrong was the largest tennis stadium in the world, though it has been surpassed by the mammoth Arthur Ashe Stadium now next door.  Speaking of which . . .

2.  Meeting Arthur Ashe.  Ashe served on a couple of USTA committees, so I was able to meet him at what we called our “Semi-Annual Meeting” in 1985.  What’s more — I met him at the same meeting the next year and without missing a beat he said, “Hi Talbot.”  All the places he travelled and all the people he met and he remembered my name a year later?  He would have made a great pastor, huh? 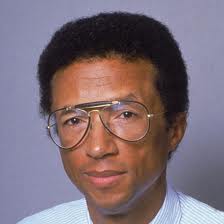 1.  Helping tennis become an official sport in the Special Olympics.  The USTA gave me the privilege and the task of writing a guidebook on how to teach tennis to Special Olympians and then work with Special Olympics International to make tennis an official sport in their 1987 games in South Bend, Indiana.  Completing that guidebook and then helping with the first international competition was my final assignment with the USTA before entering Asbury Seminary in the fall of ’87. 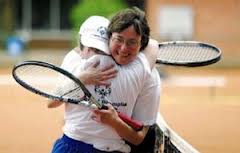