The people we choose to be heroes in our lives tell a lot about us, don’t they?

What we value, what we long for, how we are wired, and even how we change through the years.

1.  Childhood.  Batman.  The campy version of this superhero’s show starring Adam West came on television when I was 6 or 7.  I was hooked.  My mom made me my own Batman cape & mask — and even had to tell me to wait until 3 p.m. for me to put it on so that I could spend at least part of the day being “Talbot.”  I broke my arm one time while playing Batman — I was pursuing a “criminal,” jumped on to the top of a fence, and while jumping to the other side of that fence caught my toe in a leash, and came crashing to the ground, elbow first.  At least I got a cast out of the deal. 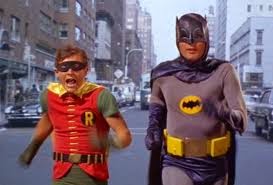 2.  Early Adolescence.  Roger Staubach.  When I was a kid in Dallas, the Cowboys were labeled as “Next Year’s Champion” — in other words, they choked all the big games away.  Staubach changed all that, beginning with the first Super Bowl win against the Dolphins, including the Hail Mary against the Vikings, continuing with the improbable comebacks against the Redskins, and concluding with the second Super Bowl win over the Broncos. 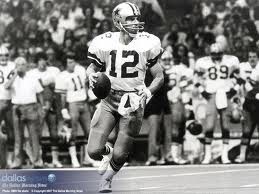 3.  Adolescent / Young Adult.  Arthur Ashe.  Every tennis player of a certain age remembers where they were when they heard that Arthur Ashe beat Jimmy Connors in an upset for the ages to win Wimbledon in 1975.  I was on court, playing a July tournament for boys’ 14 and under in Waco, Texas! 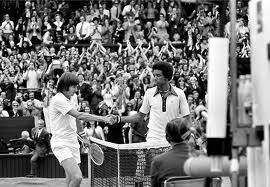 I still get chills watching replays of that match point.  Ashe’s cool demeanor was in marked contrast to his high octane game — he could be either a brilliant shotmaker or a frustrating error machine.  Sometimes in the same match. Ironically, as it turned out, my own game had some similiarities: very good serve, good backhand, forehand that could be shaky in the crunch (sometimes mine was shaky BEFORE the crunch ever got there) and average volleys.  His premature death in 1993 was a tear-inducing blow. 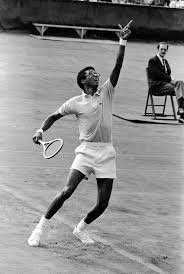 4.  Young Preacher.  Chuck Swindoll.  We in Methodist circles aren’t exposed to the ministry of Chuck Swindoll very often.  But when I first heard his radio preaching in the early 90s, I was hooked.  The baritone voice, the biblical depth, and the practical application made his sermons “must hear radio” for me.  He has an uncanny ability to combine majesty and mirth in the same message, and his love for his life, his family, and his Savior is simply contagious. 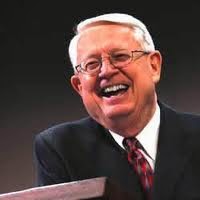 5.  Today.  Well, my tastes have changed.  I could include the effortless grace of Roger Federer’s tennis or the unmatched insights of Andy Stanley’s preaching, or even the unselfish legacy of Good Shepherd’s founding pastor Claude Kayler. I instead gravitate towards folks you might not know and will probably never hear of.  The GSUMC friend whose first plane flight ever was to take a mission trip to the Netherlands.  The GSUMC staffer who I thought we were hiring for one reason but over the years I have seen God had completely different reasons for having that person join the team.  The GSUMC LifeGroup member who moves from one health crisis to another with a joie de vivre that I can rarely match.  I guess what I’m saying is this: while I found my childhood heroes on TV, I find my 50ish heroes living out the words of Jesus — the greatest among you will be servant of all.