As many of you know, Glenn Frey was not my favorite Eagle, as that title goes to Don Henley.

Nevertheless his voice was part of the soundtrack of my youth and his death two weeks ago left me with a certain melancholy. 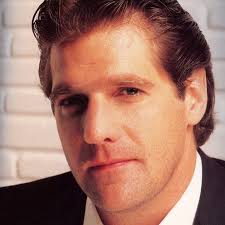 And some of the online tributes to him left me both frustrated and incredulous.  Well meaning folks posted “RIP Glenn Frey” and link to Take It To The Limit  . . .  a song on which Randy Meisner does an incomparable job on lead vocals.  Or they’d link to Hotel California . . . which of course features Don Henley on the lead.

So what are my top five Frey-flavored tracks?  Here goes:

5.  New Kid In Town.  I used to hate this one.  Now I know it’s terrific — a biting, sarcastic lyric hidden inside an easy listening melody.  They will never forget you til somebody new comes along no doubt applies to rock stars and Methodist preachers.

4.  Tequila Sunrise.  Here’s why I won “Third Most Innocent” (which was really just code for “Third Biggest Loser”) in high school:  I had no idea the song was about a drink until I was 22.  Asbury Seminary-inspired alcohol abstinence or not, it’s a great tune with a lovely acoustic guitar driving it.

3.  Take It Easy.  The first single and the opening song on Eagles Greatest Hits 1971-1975 which was the first album I ever bought.  I listened to Take It Easy this week and was stunned by the banjo in the background.

2.  Peaceful Easy Feeling.  I really hope that if the Frey family held a public memorial, someone sang this feel-good sing-along.

1.  Part Of Me, Part Of You. From the Thelma & Louise soundtrack and surely the finest work of Frey’s solo career.