I remember weeping when the news came over television.

Ashe had contracted the virus that causes AIDS while undergoing open heart surgery in the days before they tested blood (late 70s), and revealed his illness mere months before he died.

So, in his honor, here are five things you may not have known about Arthur Ashe:

1. He remembered my name.  When I worked at the U.S. Tennis Association from 1985-87, we had organizational meetings every year during the U.S. Open tournament in New York City. At the 1985 Open, we were in a committee meeting together, and I very nervously stuck out my hand and said, “I’m Talbot Davis.  I ball boy’d your matches at WCT in Moody Coliseum back in the day.”  He was pleasant but not effusive, as I’m sure he’d had a million “I was your ball boy” introductions before.  Well, the NEXT year, 1986, we were in the same committee meeting, same room, same hotel. We had not seen each other in the intervening year.  He turns to me and says, “Hello, Talbot.”  Whoa.  And some of you at Good Shepherd think I have a thing with names … just think of all the people he met and glad handlers he faced.

2.His book length diary, “Portrait In Motion, written in 1973 with Frank Deford is terrific.  Anyone who loves tennis — or just enjoys an insight into the mind of an elite athlete — will enjoy this book. 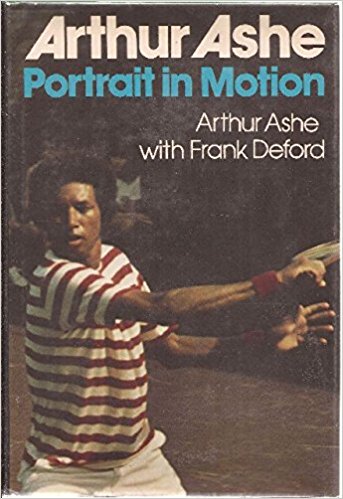 3. When he switched from a wood racket to the Head Competition graphite, tennis entered the space age.  People ridiculed the racket by calling it a rug beater, but it paved the way for every modern racket in use today. 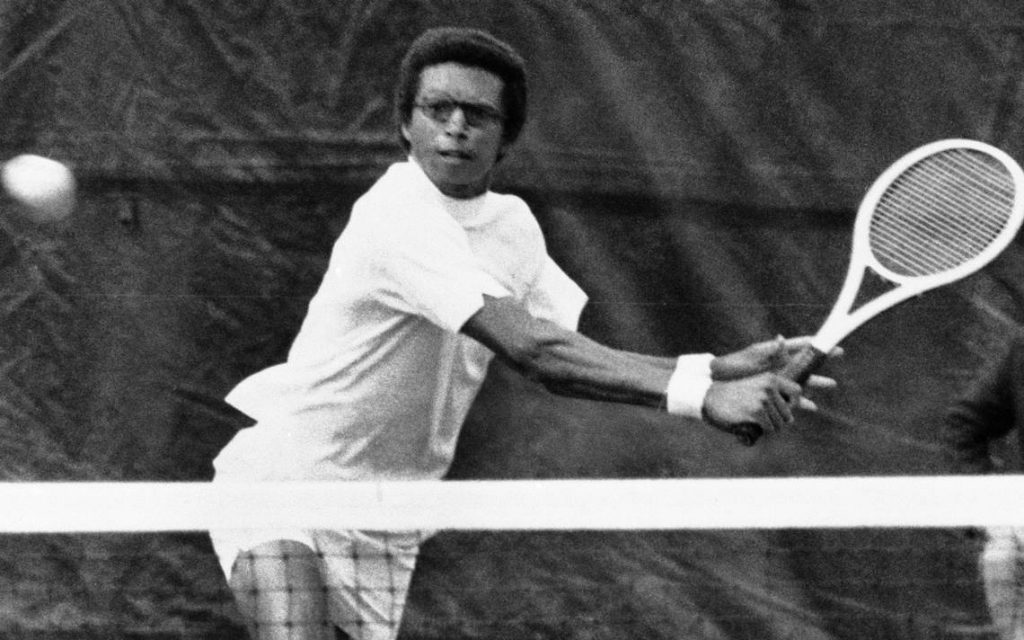 4. His topspin backhand and his serve were marvelous shots.  On the other hand, his forehand was streaky and his volleys were shaky (hey … good serve & backhand, not so great on the forehand … no WONDER he’s my hero!).  When Ashe was on he could blow even the best opponents off the court.  When he was off, he’d unforced error himself out of the match. 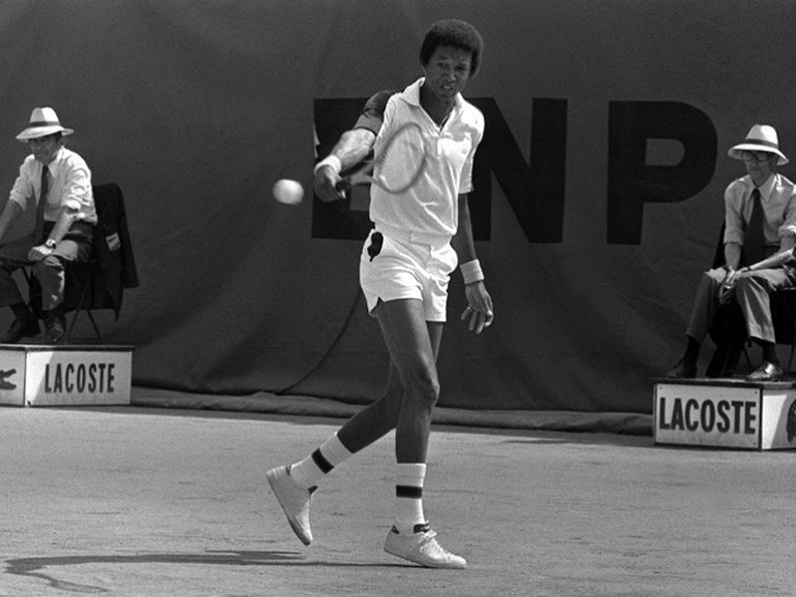 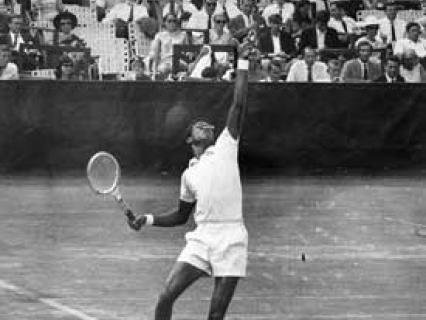 5. Every time I watch the replay of match point when he shocked Jimmy Connors in the finals of 1975 Wimbledon, I get a lump in my throat.  And so should you.  “He’s done it.  He really has done it.”