Last week I met a woman who told me she has a son named, of all things, Talbot.

(I posted a condensed version of our conversation yesterday on Facebook here.)

So that encounter prompts me to re-visit a blog from a couple of years ago having to do with my name.  Here it is on this Top Five Tuesday:

One of my earliest memories — say from when I was four or five years old — is the awareness that I have a very unusual first name.

First, it was easy to make all kinds of vaguely insulting nicknames out of it.  TalBUTT was the name of choice my older brother gave me while Tablet was the selection from some tennis playing friends.

Second, even if folks weren’t giving me not-so-flattering nicknames, they still get it wrong on first introduction.  Especially over the phone.  “Calvin who?” they’ll say on the other end.  “Nice to meet you Albert,” is what I hear in person.

Finally, in more recent years I’ve encountered people who even if they know what my name is nevertheless don’t know how to pronounce it.  Talbert is the most common, and in certain sections of Union County, North Carolina, it’s Preacher Talbert.  Better than Pastor TalBUTT, I suppose.

Why all this interest in my name today?

The Olsen’s story is front page news here in Charlotte because while little Talbot is in fine health, her brother T.J. had successful open heart surgery shortly after delivery.  You can read about the family here. 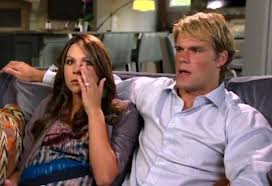 Well, maybe Talbot Olsen signifies a trend: my name’s not so bad after all.  Gender bending? Maybe.  A blessing?  Perhaps.  Unique?  For sure.

Here are the five top things about having Talbot as a first name:

1.   When you hear it in public, you know it’s you they’re calling for.  I can safely say that I’ve never heard my named called out in a crowd and turned to ask, “which one?”

2.   I can spell it well.  I long ago gave up pronouncing it on the phone to people who don’t know me.  If strangers ask me my first name on the phone, I simply spell T-A-L-B-O-T.

3.  I never got called by my last name, even in high school.  Nope.  No one ever called me “Davis.”  What would be the point?  We had “Barnes” or “Howard” but I was always my first name.

5.  Julie liked it.  From the day we met in my sophomore year of college, Julie thought my name was interesting and fitting.  So we got married.