In honor of last night’s BCS Title Game between Auburn and Oregon, and with a shout out to my previous post on favorite NFL helmets, here’s a list of my Top Five College Football helmet designs.

The list is completely subjective. And, as you’ll see, thoroughly dominated by nostalgia.

5. New Mexico Lobos. OK, New Mexico has never been and probably will never be any good at football. But I love the name “lobos.” And I also love the snarling replica on the helmets they wear. Perhaps one day the agression will transfer from headgear to playing field. 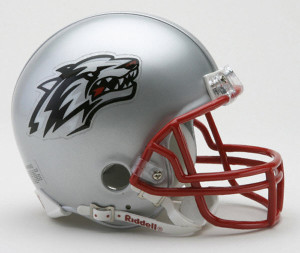 4. USC Trojans. This is actually an overall UNIFORM award. The cardinal and gold have always been among the coolest combinations in college football. Plus, in the early days — think Mike Garrett and O.J. Simpson (when he was known for football) in the 1960s — the helmet was plain. No little Trojan on the side. I think that helmet was actually better. But in any event, given the way the colors work together and as a salute to all those Heismans and National Championships, USC comes in at #4. 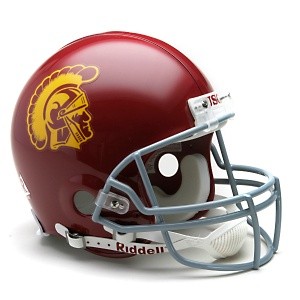 3. The Air Force Falcons. Great design. Conveys shock and awe. It’s so good, in fact, that I believe the San Diego Chargers copied it. 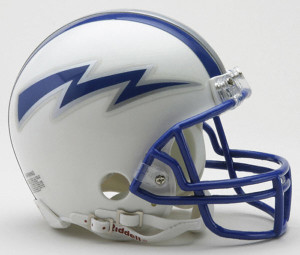 2. Texas Tech Red Raiders. Cut me some slack here. What letter does “Talbot” begin with? “T”, of course. So when I first saw this design as a little boy and realized how the two “Ts” intersected and interlocked, I was hooked. The black and red isn’t half bad, either. In fact, I was so enamored as a 6 year old that Texas Tech ALMOST became my favorite team . . . 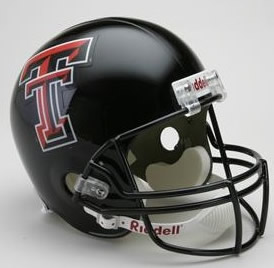 1. SMU Mustangs. Almost for Texas Tech because no one could ever top my beloved SMU team or its dynamic design. I’m not sure which came first — SMU or Ford — put I can’t think of a logo that has more horsepower than this one. Here’s the current helmet: 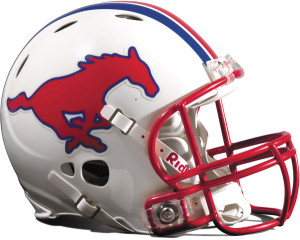 Back in 2007, they had a different color scheme that I think worked even better . . . but the team went 0-12 that year and that was that. 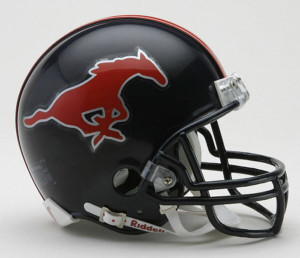 And the one closest to my heart was the red helmet with the running white mustang that the team wore in the early 1970s . . . when I was at the age that all my heroes and helmets were larger than life. 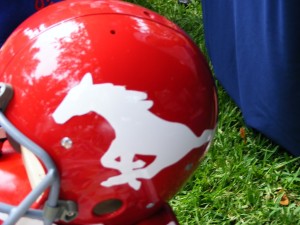