I recently finished Michael Corcoran’s The Game Of The Century, a behind-the-scenes look at the Nebraska-Oklahoma game played on Thanksgiving Day, 1971.

(Side note: I was playing in a tennis tournament called the Oak Cliff Thanksgiving Classic on that day.  I remember finishing my match and then rushing to the TV to watch the game.) 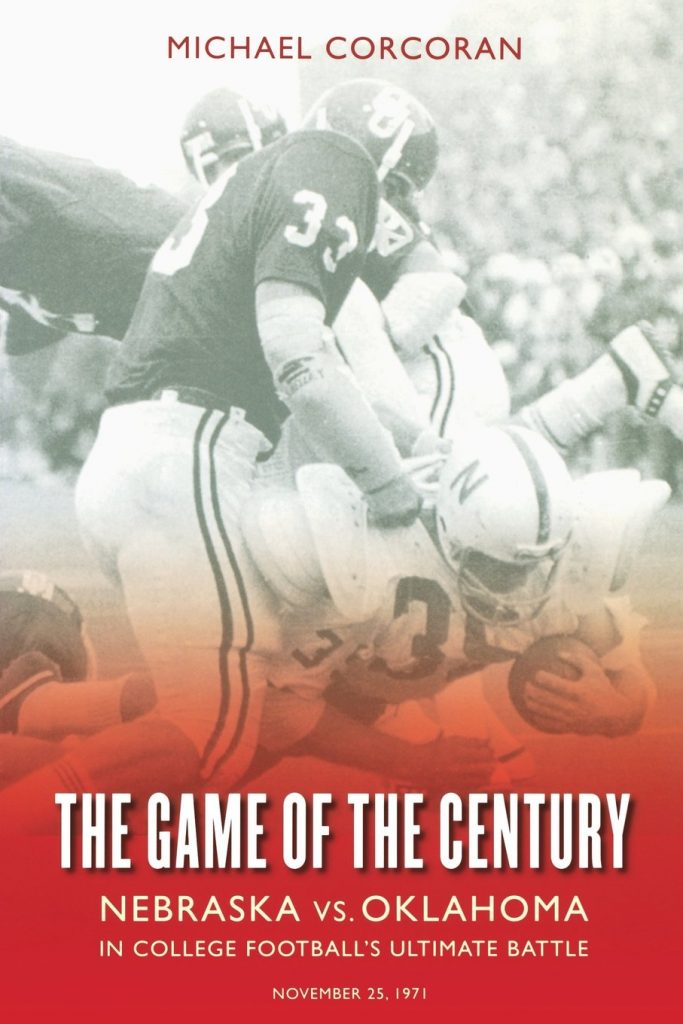 Early on in the book, Corcoran mentions that Nebraska-OU was the THIRD Game Of The Century in the last five years, following Notre Dame – Michigan State in 1966 and Texas-Arkansas in 1969.

So: since we’re given new flexibility in assigning dates and giving titles, I jotted down my own top five Games Of The Century.  Games where competition on the field met or even exceeded the hype that came before.  Here are my five:

1.Texas – Arkansas, 1969.  As a child, I hated Texas.  Every loyal SMU fan felt the same way.  President Richard Nixon was on hand in Fayetteville on that cold, rainy day, and watched the hated Longhorns stage an improbable comeback to win 15-14 in the waning moments.  I likely wept in the aftermath.

2.Nebraska-Oklahoma, 1971.  There’s a reason I bought Corcoran’s book: it was a truly memorable.  Oklahoma’s newfangled wishbone was the unstoppable force and Nebraska’s experience was the immovable object.  Immovable wins 35-31 on this late touchdown by Jeff Kinney.

3. Miami-Nebraska, 1984 Orange Bowl.  The ’83 Nebraska team was one of the greatest teams of all time.  The better team doesn’t always win.  Miami, 31-30 as Tom Osborne goes for two and a win rather than a tie and the championship.

4.Texas-USC, 2007 Rose Bowl.  By this time I had mellowed a no longer hated Texas.  When Vince Young scored the winning touchdown, I might have already fallen asleep but I was glad for what I learned in the morning.

5.Clemson-Alabama, 2017 National Championship Game.  Yes, I have a lot of Clemson-related friends these days.  But Alabama is my football version of Rafael Nadal … I’m never sad when they lose.  Is there a better final play than this one?