In light of single digit temperatures here in usually-lovely Charlotte, I thought I’d post about the five coldest occasions of my life.  Excluding today . . . which would probably make this list otherwise. 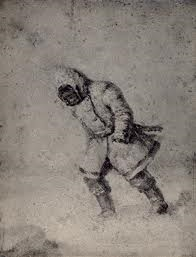 5.  That November snowstorm in Dallas in 1978.  All I know is that there was snow on the ground right around my birthday (Nov. 14).  To this day, my mother has a picture of me standing by my Plymouth Arrow automobile with snow all around us.  It probably wasn’t all that cold, but since it was November IN DALLAS, it felt much colder.

4.  The day the Challenger exploded.  In January of 1986, I was working for the US Tennis Association in Princeton, New Jersey.  I went out for lunch with ice all around and heard the news on the car radio.  The news made the cold even more bitter.

3.  My recruiting trip to a college in Boston.  When I was a senior in high school, I was ranked among the 10 highest recruited tennis players in the country (crazy, right?).  I visited all the Texas schools like UT, SMU, TCU, and Trinity.  But a Boston school was persistent in sending letters, and so I relented and took a trip up in March of that year.  Miserable. March! I got on the plane in shorts in Dallas and landed to howling winds and dropping temperatures.  The wind made the cold exponentially worse … and it messed up my hair.  Needless to say, I did not go to college in Massachusetts . . .

2.  But I did go in New Jersey.  One day my sophomore year it was 1 degree.  I had no car there.  Our indoor tennis courts (we practiced year round) was about a mile from my dorm.  So I walked.  I remember that walk on that day being endless.  Not as bad as Boston, mind you, but I asked more than a time or two, “why aren’t I in San Antonio, Texas right now?”

1.  July of 1974 in San Francisco.  Mark Twain said the coldest winter he ever had was a summer in San Francisco.  He was right.  As a 12 year old I got on a plane in 100 degree Texas heat, thinking California is always sunny and always warm, and disembarked three hours later to Bay Area fog, wind, and bone chilling cold.  No wonder they’re getting ready to implode Candlestick Park.