Joe Paterno’s death this past Sunday got me thinking about coaches and coaching (which is probably better than a lot of the other things you could think about JoePa, Penn State, and football culture over the last couple of months).

In my time as a tennis player, I had coaches — some of whom were extraordinarily good and others were painfully average. I’ve done a brief stint as a coach — I’m sure falling more on the painfully average side of that continuum.

But in thinking of coaches in the major sports, it’s clear that some stay too long in one place (Paterno, Bobby Bowden), others move so frequently it’s hard to build any kind of trust in them (John Calipari, Larry Brown), and still others seem to have a handle on getting it just right.

So with that last category in mind, here are my top five favorite coaches:

5. Tom Osborne, Nebraska football. I admire Osborne’s quiet dignity, his underrated football creativity, and most of all his tenacity in pursuit of a national championship. He went from 1972 until 1993 without a title — including the 1984 Orange Bowl loss to Miami where his choice to risk a two point conversion rather than settle for a tie no doubt cost his team the #1 ranking — and then was rewarded for his perseverance with three titles in four years. Nebraska is in many ways still searching for his replacement. 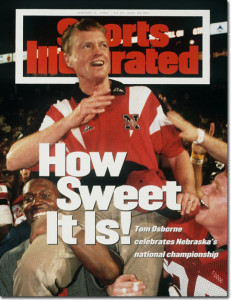 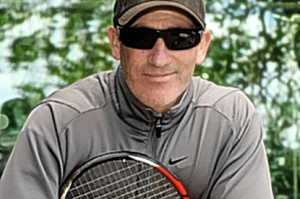 3. Pete Carril, Princeton basketball. Carril is the architect of the famed and maddening “Princeton offense,” a system of passes, screens, and backdoor cuts designed to help Ivy League basketballers compete with better athletes at other Division I schools. It worked, too, as the 1996 Princeton team upset defending national champion UCLA in the first round of the NCAA tournament. Little known fact: Carril loves tennis and often played on the Princeton indoor courts, located six floors below the basketball arena. He would also smoke a cigar while he played . . . and leave the cigar butts scattered around the back of the courts. We all knew when Carril had been on our courts. A small price to pay, I guess, for beating UCLA. 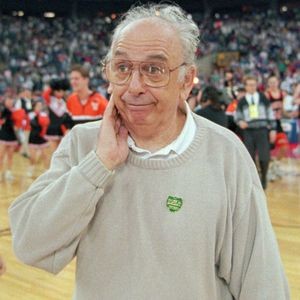 2. Tom Landry, Dallas Cowboys football. Growing up in Dallas in the 1970s meant you almost had to like/admire/support Tom Landry. Few things made me feel that all was right in the world more than Tom Landry discussing the next play with Roger Staubach. 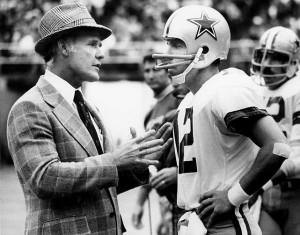 1. Mike Krzyzewski, Duke Basketball. Twins separated at birth? Maybe. A reason to like Duke basketball even with a son at Chapel Hill? Certainly. 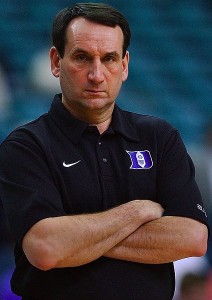