Most of you who read this blog know that I loved my time at Asbury Seminary in Wilmore, Kentucky.

I was a student there from 1987-1990 and feel like it did a superb job of preparing me to be a preacher, a pastor, and a Christian.  Given the choice, I would do it all over again. 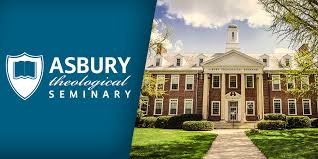 Yet I also realize there were a few necessary classes that I never took there — either because I wasn’t interested or they weren’t offered.  Here are five that could have rounded out my education and prepared me for ministry in the 21st Century.

1. Church Management Software.  You mean there’s more to data than a list of addresses and phone numbers?  Yikes. Even today, any conversation about database management makes my eyes go all Krispy Kreme … glazed over.

2. How To Spot Co-Dependent Behavior In Church & Community.  Subtitle:  When helping hurts.  Lessons most of us pastors are slow to learn.

3. How To Make Sure Your Need To Be Needed Isn’t Greater Than The Actual Need.  Whew!  We pastors love to be needed.  So much so that sometimes we insert ourselves into situations — usually with good intentions — where we aren’t needed at all.  There are times when people want to go through an illness or season of turbulence by relying on resources they already have … and we preachers shouldn’t take it personally if on those occasions we’re not needed.

4. Hiring And Firing Well.  When I was in seminary, churches like Good Shepherd did not exist, at least not in large numbers.  Consequently, we were more prepared to be a one man/one woman show in a small church — which is a type of ministry requiring a very different skill set than leading a staff of thirty or more.  I’ve had my share of bumps along the way and am still headed up the learning curve.  I am more than grateful for mentors among the volunteer leadership at Good Shepherd who have made the effort and taken the time to show me how to be a better staff leader.

5.  The Oral Nature Of Scripture.  Now: maybe my professors taught this in the late 80s and I just didn’t listen well.  But it’s only been in the last 12 years or so that I have realized the degree to which the majority of the books in the bible were written for people who would never read them.  Those first audiences would hear them instead.   The bible is a library written for people who were by and large illiterate.  The authors assumed their audiences would hear them read aloud by rabbis or church leaders who were among the few who had learned to read.  This is why, for example, Paul says, “faith comes by hearing” and not by reading.  When you understand the authors’ assumptions about their audiences’ experience with the text, it changes so much of how you interpret and apply Scripture.  To see what I mean, check out this post on Ephesians 1 and how understanding setting (and pronouns) totally changes interpretation.