A few weeks ago, I shared a post on reading the bible as a library that was both well-received and widely distributed.

But that particular post did not arrive out of thin air.  Throughout the years, I have been exposed to a number of books which have shaped and defined how I read Scripture.  They haven’t been books on what certain biblical texts mean — I’m not talking about a commentary on the Gospel of John, for example — but they have instead been about how to read what we read in the pages of the bible.

In less familiar language, I’m talking about books that ultimately help shape a biblical hermeneutic, or theory of interpretation.

So here are my Top Five, ranging from seminary days to the much more recent:

5.  John Goldingay, Theological Diversity And The Authority Of The Old Testament.  This book was and remains revolutionary to me in that it allows the different books to stand on their own, to offer alternative viewpoints to one another, and to do so without compromising the fundamental inspiration of the whole library.  When you read Goldingay, for example, you can allow Proverbs to speak a significantly different message than Ecclesiastes. 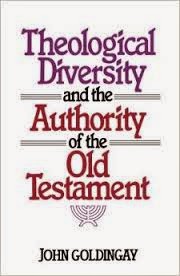 4.  Richard Hays, The Moral Vision Of The New Testament.  Not easy reading, to be sure, but more than worth the effort. 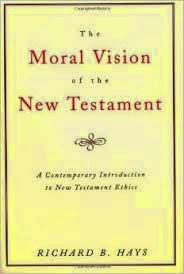 3.  Ben Witherington:  Romans: A Socio-Rhetorical Commentary.  This volume is valuable in building my hermeneutic not so much for what it says about Romans, but for what it says about the New Testament in general.  Witherington allows us to see how we need to understand the epistles not as examples of modern American letter writing but instead as representative of ancient Greek speech making.  And when you understand the ancient rules of rhetoric and persuasive speech, it makes for a far richer understanding of NT epistles like Romans. 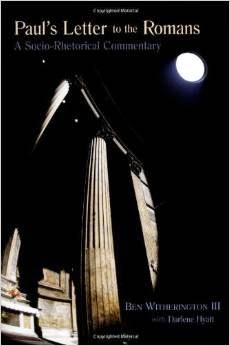 2.  The Disciple Bible Study Student Guide.  Really?  Really!  I’m sorry if this isn’t “academic” enough for you, but the “red” Disciple book helped me understand two things better than I ever had before:  1) That Genesis 1 is not concerned with “how” but with “who” and “why” and 2) That the Babylonian Exile of 587 BC is in many ways the central event of the entire Old Testament.  Those two items alone make it worth the 34 week investment. 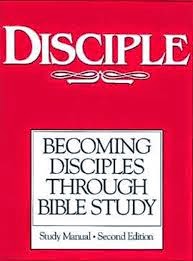 1.  Robert Traina, Methodical Bible Study.  You can’t be an alum of Asbury Seminary from the latter part of the 20th Century (I am class of 1990) and not be influenced by Dr. Traina’s masterpiece.  Virtually every sermon I deliver at Good Shepherd starts out by observing the bible passage in question and breaking it down according to its literary structure:  contrast, causation, cruciality, generalization, particularization, substantiation, recurrence, inclusio, interrogation, and all those other terms with special meaning for those who spent their formative ministry years in Wilmore, Kentucky.