With basketball dominating the sports landscape these days, I’ve been thinking about the role of the jump shot.  That perfect combination of size and strength, agility and fluidity, guile and accuracy.

So what are the five prettiest jump shots ever?  Those motions that look effortless — meaning that behind each shot we’d find hundreds of hours of effort, energy sapping work that created the perfect muscle memory for the ideal shot.

I’m not looking for the best jump shooter ever — players such as Larry Bird and Oscar Robertson had shots that were deadly but not especially pretty.

So here they are: my five best looking jump shots ever:

5.  Steve Kerr, Chicago Bulls.  While defenders were focused on a certain teammate, Kerr would park at the three-point line, receive a pass, and bam. 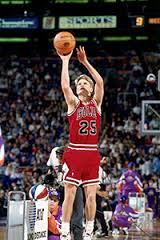 4.  Walt Frazier, New York Knicks.  I always loved the way his left hand rested slightly on top of the ball when he shot.  News flash: he was better at shooting than he is at commentating. 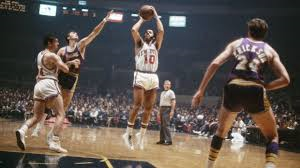 3.  Ray Allen, Boston Celtics & Miami Heat.  Was there ever a bigger jump shot than this series saver for the Heat against the Spurs in 2013? 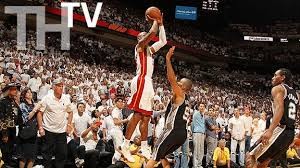 2.  Jerry West, Los Angeles Lakers.  It looked the same every single time.  His autobiography is a tortured triumph. 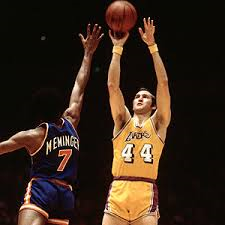 1.  Stephen Curry, Golden State Warriors.  Biased? Yep.  Not only is he a native Charlottean, but he went to the Charlotte Christian School with Taylor and Riley.  In terms of this list, #5 is now the coach of #1. 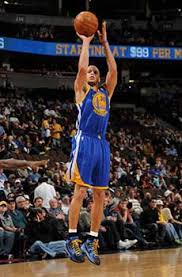