This post reveals two things:  1) I am a perennial English major (dream job other than the dream job I have: wearing tweed jackets with elbow patches & teaching English lit somewhere; 2) I am technologically inept.  The hardcover/paperback distinctions are quickly becoming as relevant as who wins the battle between a Tyrannosaurus Rex and a Triceratops.  For most folks, the answer to which they prefer between hard and soft cover these days is:  digital.

And I have a collection of authors who write in such a way that I care about their characters, immerse myself in their stories, and find myself in tears at the most unexpected of moments.  So those are the authors for whom I will not wait for the paperback to come out. As soon as the new novel is released, I’m there — $30 in tow — ready to buy the gaudy, expensive, seductive hardback edition.

1.  Richard Russo.  His writing is so effortless that you know it takes a lot of work.  He sets almost every novel in upstate New York — which normally would not interest me — yet paints compelling pictures of just how difficult it is to navigate marriage, temptation, and ambition.  My favorite:  Empire Falls. 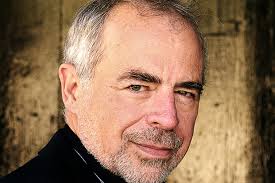 2.  Wally Lamb.  Sprawling, hypnotic, cathartic.  Plus, he comes up with cool titles drawn from some of our best loved hymns.  My favorite:  The Hour I First Believed. 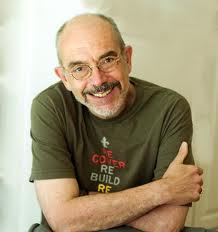 3.  Jeffrey Eugenides.  Undergrad at Brown, Masters at Stanford, teaches at Princeton.  Think he’s smart?  But here’s what you need to know: Middlesex features a first person narrator who is a hermaphrodite.  And yet it’s tastefully done and unforgettably told.   Rarely seen in public without a vest. 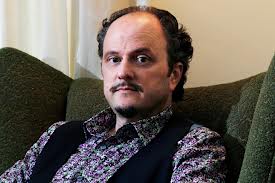 4.. Ann Patchett.  Brutal stories gracefully conveyed.  Plus, her e-memoir of how she became a writer is itself a must-read.  So I read it on a Kindle!  Favorite novels:  tie between Bel Canto and State Of Wonder. 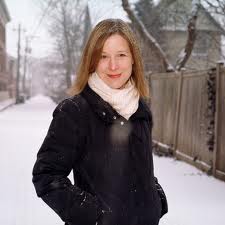 5.  John Grisham.  Yes, he lives in Oxford, Mississippi.  No, his novels are nothing like those of fellow Mississippian William Faulkner.  Grisham’s are comprehend-able.  And irresistible.  While his novels may not be of the same genre as either Faulkner or the authors above, there’s nothing wrong with an occasional page-turner.  Favorite:  The Firm.  Sometimes, the first really IS the best. 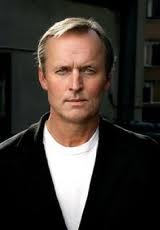