And since the French Open happens in Paris, I thought it appropriate to focus on the beauty inherent in the game. So: the top five most beautiful shots in tennis.

The list is highly subjective, of course. You’ll see my preference for one-handed backhands over two and for serve-and-volleyers over baseliners.

These are also not the best strokes in the game’s history. For example, I don’t think anyone has ever had a more destructive forehand than Rafael Nadal, but it is a thing of brute force and mind-bending spin rather than athletic beauty.

There’s also no Roger Federer on the list, though his could have the category all to himself with every stroke he hits. 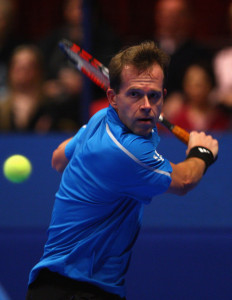 1. Stefan Edberg’s Backhand. Edberg won two Wimbledons, two US Opens, and two Australian Opens in the late 80s and early 90s. And his backhand was simply breathtaking: a long, fluid motion with a pronounced backswing and gorgeous follow-through, all hit in almost perfect balance. The irony: his forehand was almost as ridiculous as his backhand was sublime.

2. Pete Sampras’ Serve. Sampras combined torque, lift, and twist into a thing of unmatched speed and placement. It always seemed as if he hit his serve on the way up. I vividly remember ace after ace after ace in his 1990 US Open victory over Andre Agassi. And did anyone ever have a better second serve? 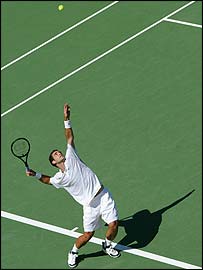 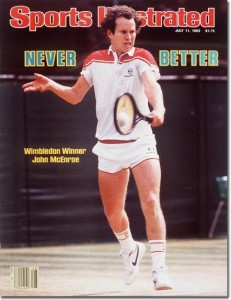 3.John McEnroe’s Volley. McEnroe didn’t “punch” the volley like we were taught back in the day. He caressed it. Soft hands and perfect balance made his net play full of “did you see that?” moments. 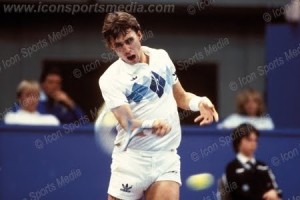 4. Ivan Lend’s Forehand. Lendl’s forehand in the mid-to-late 80s had nothing supple about it. But I include it on the list because he was the first to hit the forehand with a pronounced shoulder turn as part of his backswing. If you were his opponent, you would see his left shoulder blade as he hit his forehand. No one had ever done that before. His shoulder turn and hip rotation on the forehand fundamentally changed the sport. Perhaps not beautiful. Definitely influential. 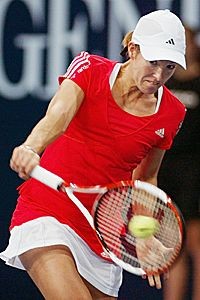 5. Justine Henin’s Backhand. How does such a diminutive woman hit such a big backhand? Backswing, follow-through, and balance. The fact that she is the only top female player of the last generation to hit a backhand with one hand makes the shot all the more remarkable.