Yesterday, I posted about the Weekend Wedding of our daughter Taylor to Nate Underwood in Nashville, Tennessee.

As part of our trip to Nashville, Julie and I dropped by the United Methodist Publishing House, to meet Brian Sigmon, a young man twenty years my junior (!) who, it’s fair to say, had a pivotal role in changing the trajectory of my life. 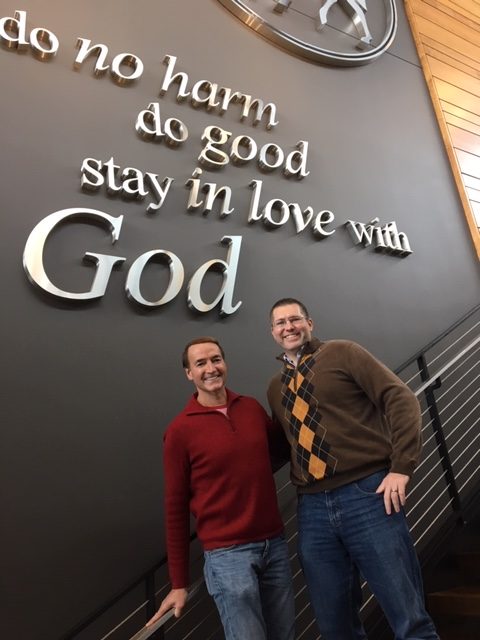 In 2014, Brian was freshly armed with his PhD in Old Testament studies from Marquette when Abingdon Press of the United Methodist Publishing House hired him as an editor.

Apparently, they also sent him on a digital search for new thinkers, preachers, and potential authors, because in August of that same year I received a completely unsolicited email that went something like this:

“Hey I found your ‘Head Scratchers’ sermon series online and I really like it and am wondering if you’d be interested in having us publish it as a small group bible study?”

OK, you twisted my arm.

That email, incidentally, came just after gathering several different groups of Good Shepherd friends and asking that they pray my sermons be published somehow, someway, in order to expand the reach of this church.  We just weren’t expecting this how and this way.

One study (Head Scratchers, still the one that has sold the most) quickly became three with the addition of The Shadow Of A Doubt and The Storm Before The Calm (what we give to first time guests), and then four with Solve and ultimately five with Crash Test Dummies.  Head Scratchers was the first book the Brian conceived, edited, and published in his role with Abingdon. 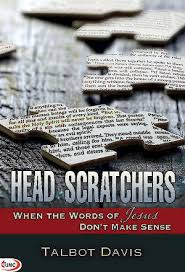 A very different kind of book called Simplify The Message will come out in 2019.  As opposed to a book OF preaching, this is a book ON preaching and I have been working with a different editor on that one.

Having these books has opened a lot of doors and enabled new kinds of ministry.  The books themselves, I trust, have helped people navigate confusing times, dark places, and self-defeating patterns.

So Julie was able to meet Brian, snap the photo, and on the drive away say, “He is SO NICE.”

And, I would add, a gift from God.