Last week, I showed Team Texas at the USTA Intersectional Championship for Boys’ 18-and-under from 1979.  I was the youngest, shortest, and skinniest on that team.

Today it’s Team Texas from 1980.  None of those adjectives describe me this time!  The “older” guys on that 79 team had graduated out of 18-and-under tennis and were replaced by guys my age or a year younger. The event was again played in Fort Worth, Texas, on the campus of TCU. 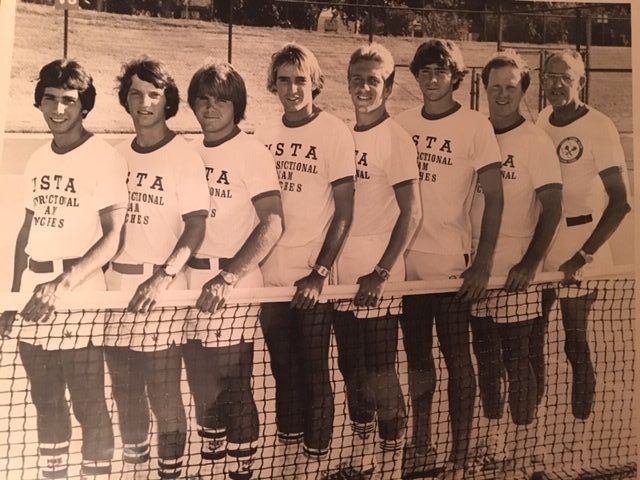 I found out last week (during the posting on the ’79 team) that this team won the event.  That’s right.  Team Texas, Intersectional Champions!  I did not remember that particular result; I do remember, however, that the team won more in spite of me than because of me.  Although I played #1, I was in something of a slump that summer and don’t think I won many matches there in Fort Worth. That’s one of those ways that tennis is a bit odd as a team sport — we win the championship as a group, but my memories are more dialed in to personal disappointment.