My friend and fellow Good Shepherd Staffer Shannon Schauber recently took a trip to Hilton Head Island, SC. While there, he took a tour of the lighthouse at Sea Pines Plantation, noticed this tennis-related display therein, decided I would probably know something about it, snapped the photo, and sent it to me.  Got all that? 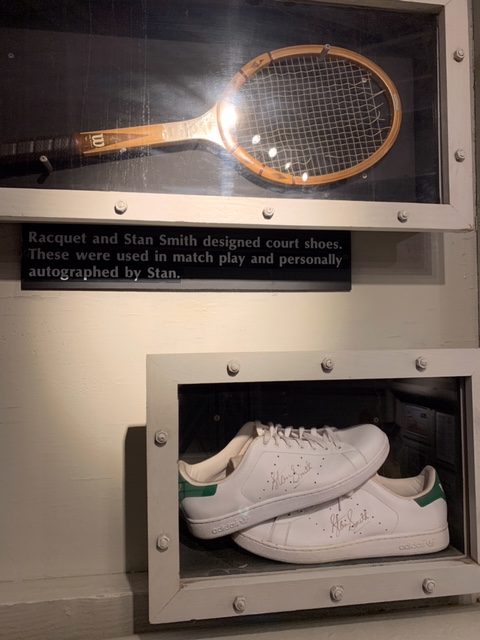 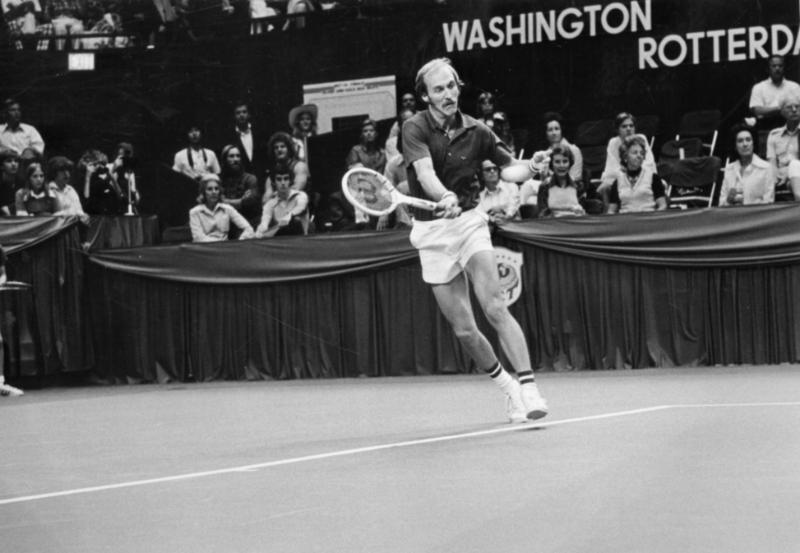 So what’s the six degree of separation thing? After all, I never used the racket (preferred the Jack Kramer Autograph over the Stan Smith) nor wore the shoes.  Well …

I was a ballboy during that 1973 WCT World Championships thing, as that tournament was held in walking distance from my house at SMU’s Moody Coliseum (I have to confess, though, that when he beat Arthur Ashe in the finals in four sets, I was rooting for Ashe);

He married Marjorie Gengler whose sister Louise Gengler was the coach of Princeton’s women’s team at the same time I was playing for the men;

He became a strong Christian during his pro career and for a time helped ensure that the tour had a travelling chaplain.  That chaplain and I taught tennis together in the summer of 81 on the campus of that same SMU;

OK, the last one is pretty cool.