I received this photo in a group text with some college tennis friends this week.  What memories!

This is from the spring of 1982, my sophomore year in college.  Why are our sweatsuits cream and blue?  I have no idea — the school colors are orange and black (tiger stripes, get it?).  By my senior year, we had the appropriately menacing black sweats with orange stripes. 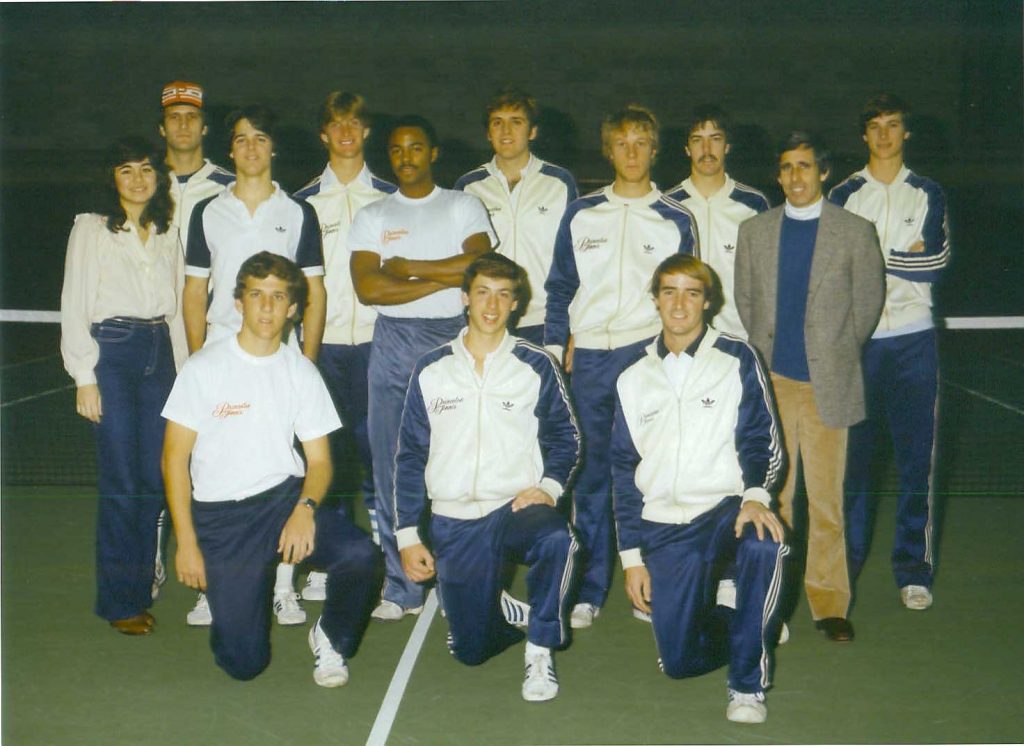 In most ways, this was my most rewarding tennis year. My senior year had some more euphoric highs but those were coupled withe more painful lows.

Why was this sophomore year uniquely rewarding 38 years ago?

Some highlights, though not necessarily in order of importance …