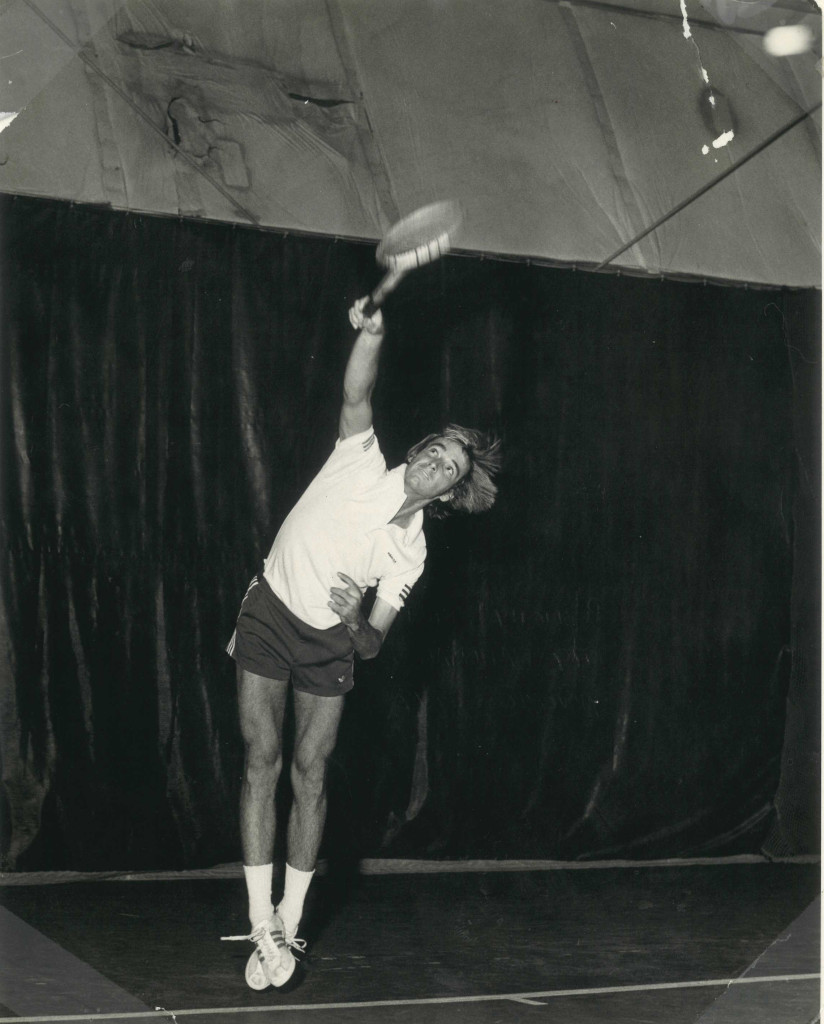 This was a publicity photo for the National Boys’ 18-and-under Indoor Tennis Championships, held in in Dallas in November of 1979.

I think they took it because I was a homegrown participant in the event, and might generate some media attention.

Which might have happened at I won the tournament instead of losing in the Round Of 16.

Anyway, my serve was always my best shot, and so I do notice a few things in the photo that simply don’t exist anymore: