I was saddened to hear of the death of Adam West late last week at the age of 88.

In the mid sixties, West had the TV role of Batman in the ironic, campy version of that superhero’s story.

Which leads me to this picture: 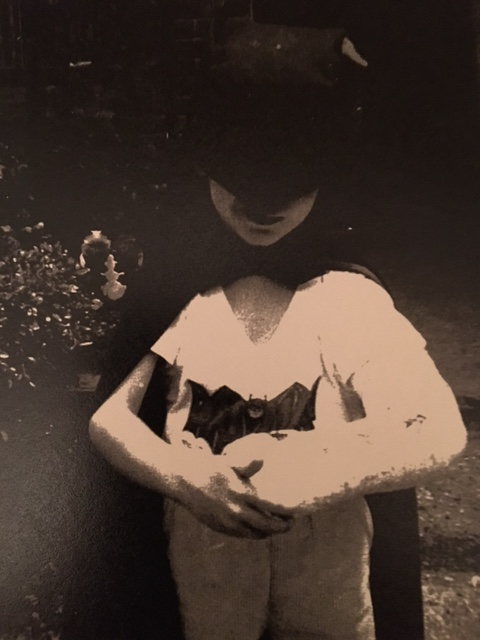 I was so captivated by the TV Batman (and at five years old, was of course too young to understand either the irony or the camp) that I had my mom make me a Batman cape & mask, and then completed the ensemble with Batman T-shirt, ring, and shoes.

Most days, my mother would not let me put on the Batman attire until 3 p.m. because I had to spend at least part of the day “being Talbot.”  You are free to read whatever psychological insights you can into that particular behavior pattern.

In the above picture, you’ll note a cast on my left arm.  How did I break it?

Chasing a “criminal” and in the role of Batman, I climbed a fence intending to leap off from the top.

The leap turned into a fall and my parents and I spent the evening in the ER.

Here’s hoping the Boy Wonder got whoever I was chasing that day.